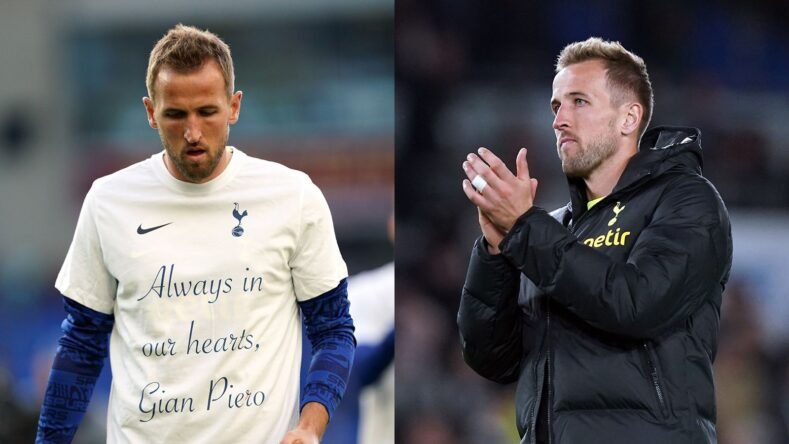 Tottenham paid the perfect tribute to the passing of their fitness coach Gian Piero Ventrone with a gritty 1-0 win over Brighton.

Spurs were playing just three days after the sudden death of the man nicknamed ‘The Marine’ because of his rigorous training regimes and it was Harry Kane that popped up with the first-half winner heading home Heung-Min Son’s cross.

Kane celebrated his goal by pointing to the sky in tribute of Ventrone in what was an emotional occasion, with the stadium standing to applaud him before the game.

“It’s been a difficult week and it was nice to get the win,” said Kane, who was holding back the tears at full-time.

When asked if the performance was for Ventrone, man of the match Ryan Sessegnon said: “Yes, 100 per cent.

“We knew we had to perform today and obviously we wanted to win because of him, and thankfully we did that.”

Spurs head coach Antonio Conte added: “I think he was in the hearts of every single player and my players were really devastated by the pain but the life sometimes, you know it happen many situation not only to us. Life sometimes is not good. At the same time you have to cope with the situation in the best possible way. And then I am sure Gian Piero will stay with us forever. I am sure about this.”

A mixture of suspension and perhaps some tired legs with this being Tottenham’s third game in seven days triggered Conte to switch his formation to play a 3-5-2 with Yves Bissouma making just his second start in a midfield three. The switch worked well with Tottenham dangerous in attack and assured at the back.

It was a disappointing start to life at the Amex for new Brighton boss Roberto De Zerbi, whose team had 14 shots but rarely troubled Hugo Lloris as the Tottenham defence stood firm.

Heung-Min Son and Harry Kane combined to score a Premier League goal for the 43rd time, the most of any duo in the competition’s history.

Antonio Conte is now unbeaten in all seven of his Premier League matches against fellow Italian managers (W6 D1) and has seen his sides keep clean sheets in four of their last five such games.