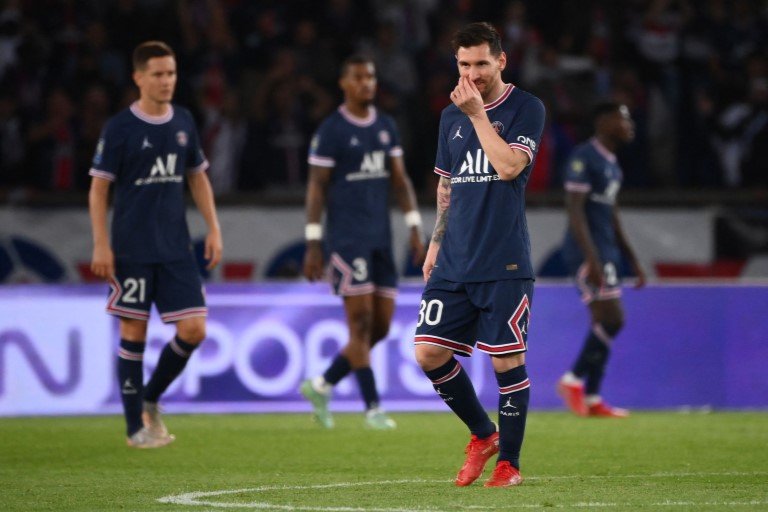 Argentina forward Lionel Messi, 35, is set to leave Paris St-Germain in the summer as he will refuse any new contract offer. (Beteve, via Star)

Newcastle United are ready to make a third bid for Leicester City’s England midfielder James Maddison, 25, after having offers of £40m and £45m turned down. (Times – subscription required)

Liverpool, who have also been linked with Bellingham, have begun to target alternative midfielders and are looking at Benfica’s 21-year-old Argentine player Enzo Fernandez. (Fichajes, via Teamtalk)

Borussia Dortmund are monitoring Liverpool midfielder Naby Keita and could look to sign the 27-year-old Guinea international on a free next summer when his Reds contract runs out. (Star)

Chelsea will not lower their asking price of £31m for American winger Christian Pulisic as Juventus show interest in signing the 24-year-old. (Calciomercato, via Express)

AC Milan are interested in Chelsea and Albania striker Armando Broja, 21, as they look to bring in a forward next summer. (Calciomercato – In Italian)

Eintracht Frankfurt’s Danish playmaker Jesper Lindstrom, 22, has reacted to reports linking him with a move to Arsenal, saying it is “great clubs like them are watching me”. (Tipsbladet via Express)

Leeds are due to open contract talks with England winger Jack Harrison, who was the subject of a reported £20m bid from Newcastle in the summer. The 25-year-old midfielder’s current deal runs out in the summer of 2024. (Football Insider)

Former Tottenham and Paris St-Germain head coach Mauricio Pochettino, who has been linked with the England manager’s job, was at Wembley to watch their 3-3 draw with Germany. (Telegraph – subscription required)

Chelsea have sacked head physio Thierry Laurent, the fourth member of the backroom team to leave Stamford Bridge in the past week. (Mail)

Egypt-born forward Garang Kuol, 18, is set to arrive in England to sign for Newcastle United from Australian club Central Coast Mariners, although the Magpies are not expected to register him until January. (Mail)