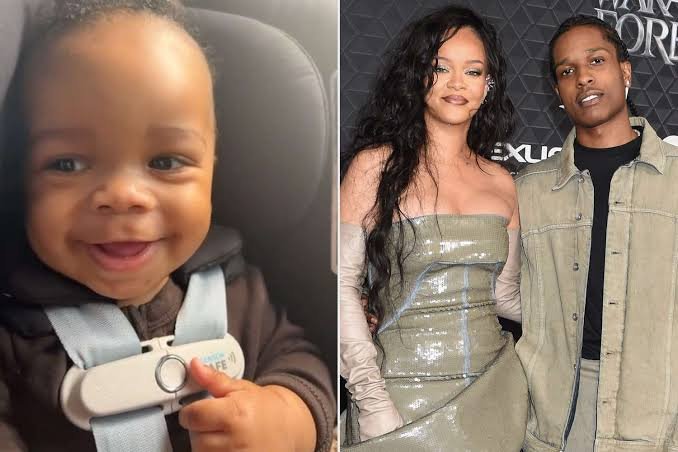 Rihanna and her baby

Rihanna decided to give her followers an early Christmas gift when she shared pictures and videos of her baby boy.

The Grammy award-winning singer welcomed her first baby with her boyfriend, A$AP Rocky, in May.

Social media went up in flames when fans and supporters caught a glimpse of RiRi’s adorable baby boy.

On December 17, 2022, fans finally got to see her and A$AP Rocky’s first child in a cute Tiktok video.

She jokingly captioned the video, which also happens to be her first post on the platform, “Hacked.”

In the clip, Rihanna’s son is seen smiling in his car seat as his mum exclaims, “Ooh! You’re trying to get Mommy’s phone.”

The post also includes a clip of the adorable baby, who is covered from the waist down in the car, yawning.

After months of rocking enviable maternity looks, Rihanna gave birth to her baby on May 13th, earlier this year.

Not long after, she returned to work with her Savage x Fenty Vol. 4 runway show where she described her kid to British Vogue as “the happiest baby.”

“He’s fun. No matter what you’re doing or what you’re feeling, when he smiles at you, everything else goes away,” she added.