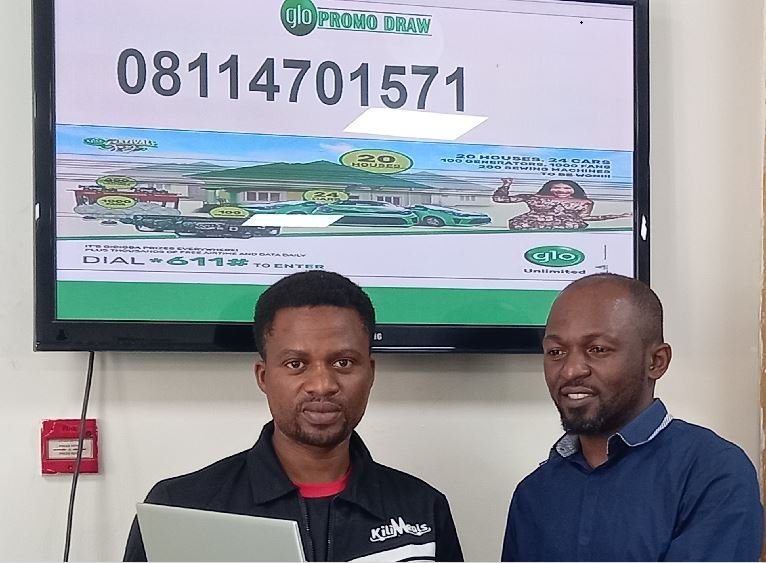 …car, other prizes to be presented tomorrow

Another set of winners have emerged in the ongoing Glo customer-reward promo, Festival of Joy.

They emerged in a draw conducted by Globacom on Monday, December 19, 2022, in Ibadan, Oyo State.

Gloworld, Challenge Ibadan outlet, hosted the event which was witnessed by the media and Glo subscribers. Some of them joined the exercise and assisted in picking the winning numbers in the electronic draw for the star prize, a brand new car and home appliances including power generators, sewing machines and rechargeable fans.

The prizes, according to the telecoms company, would be presented to all the winners at the Gloworld, Ring Road, Ibadan branch, on Tuesday, December, 20, 2022.

Speaking after the event, Oluwaseun Faleye, a Glo subscriber who witnessed the draw, commended Globacom for being transparent in the promo, so far, adding that the company had always been committed to the welfare of its subscribers.

“Subscribers who wish to participate in the promo should dial *611# and keep recharging (voice and data during the promo period) to be eligible to win the prizes on offer”, Globacom explained.

Related Topics:GloGlobacomOluwaseun Faleye
Up Next