Why Osinbajo is the reference point for the 2023 election
Advertisement 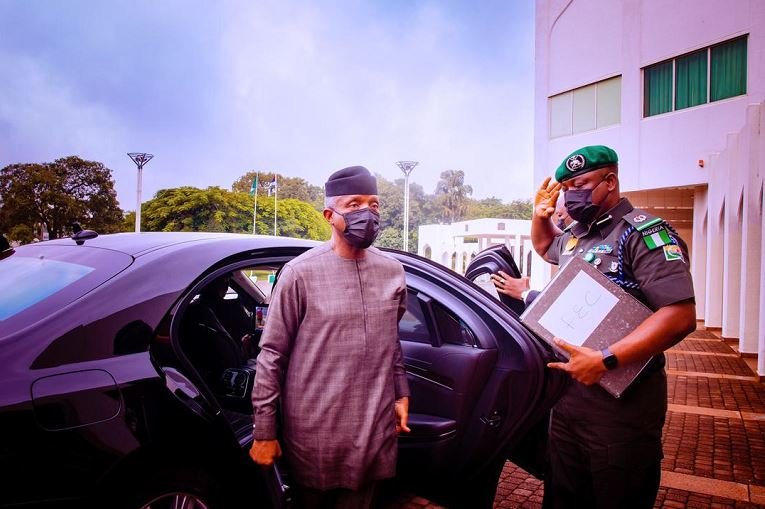 Supporters of presidential candidates seeking approval in the 2023 presidential election seem to have one thing in common and that is referencing Vice President Yemi Osinbajo to bolster their candidates’ chances.

Six months after the APC primary election, Vice President Osinbajo’s name is still floating in the tongues of political campaigners and observers in Nigeria. As the campaign for the 2023 presidential election takes its turn, many Nigerians are talking about the Vice President’s impact on the 2023 politics.

Supporters of the All Progressives Congress candidate are making moves to get Osinbajo into the campaign train of Bola Tinubu. This is chiefly because he has set a bar so high that they could not resist his influence in the campaign and they could not neglect the millions of his loyal supporters.

Osinbajo’s eloquence, composure, and ability to articulate his points in the smoothest fashion are missing from his party’s campaign so far and those are reasons why many party members and even the opposition keep making references to him.

In the Labour Party camp, supporters of Peter Obi are making huge efforts to ally with Osinbajo, the ‘Star Boy’. His speech about Nigeria moving from consumption to production was tactically used as an adroit way to tag him along with the Obidient movement even though this is not the first time he is saying it.

They claim the Vice President, by saying that has fully endorsed Peter Obi and it is why he used one of Obi’s political campaign points, which is transforming Nigeria from a consumption nation to a productive nation.

These supporters understand that Osinbajo is carrying a unique wave of force that cannot be matched by even the strongest resistance. He has succeeded to build his reputation so high that all the major candidates contesting the 2023 presidential election want to form a alliance with him so they could stand a chance for the presidential seat.

The supporters of the PDP presidential candidate, Atiku Abubakar, also make reference to Osinbajo from time to time. Citing his principles and ideals as the main reason it would have been easier for him to win the presidential election if he were the APC candidate.

Young educated Nigerians who are passionate about good governance are the fulcrum of support of the Vice President. On Twitter, they talk about the Vice President every day about how Nigeria missed a golden opportunity to have the star boy fly the APC ticket.

Beyond his performance in the current administration, they saw a shining light in him that aligns with what Nigerians need in this critical period of its existence. They could tell that the Vice President is the directional eye of this administration. The man who took the cumbersome load of his administration very personally, and also took blows for even responsibilities that were not within the confines of his office or power.

Osinbajo has set an indelible bar in the politics of Nigeria.

He works with bright ideas and Sui generis approaches to tackling issues. It is uncommon for Nigerians to put so much trust and confidence in a Vice President whose job is major what his principal dictates for him.

But with Osinbajo, the case is different. And this is to say he has set a standard worth emulating.

Shanghai hit by COVID protests as anger spreads across China