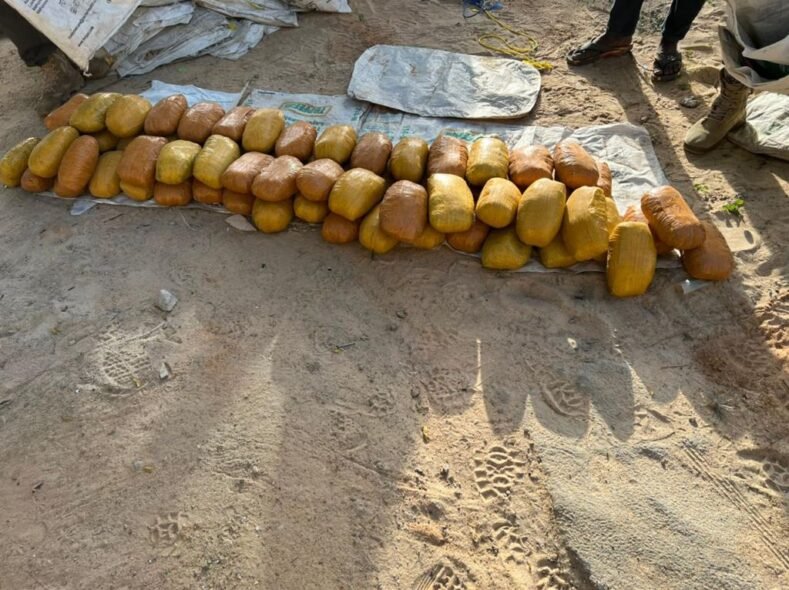 A vehicle carrying 98 parcels of Cannabis Sativa worth millions of Naira was intercepted by troops of the 159 Task Force Battalion in Geidam, Yobe State.

Brig. Gen. Umar Muaza, Chief of Staff, Sector Operation Hadin Kai, Damaturu, revealed this to reporters on Monday, at the presentation of the exhibits to representatives of the National Drug Law Endorsement Agency (NDLEA) in the state.

He claimed that, the courier who was transporting the illegal substances got out of his car and ran away when he spotted troops on patrol.

Ogar Peter, who received the 98 intercepted packages on behalf of the NDLEA Yobe State Command, estimated the street value of each package to be more than N50,000.

“We are really pleased that, this quantity has been taken out of circulation. If it had gone to its final destination, it could have been used to fuel security challenges,” he said.

Peter added that the troops’ interception of the illicit drugs showed the level of synergy between security agencies operating in the state.

“The Nigerian military has been very supportive in the ongoing struggle and fight against the menace of drug trafficking.

“We will continue to knock at your door for more support,” he said.