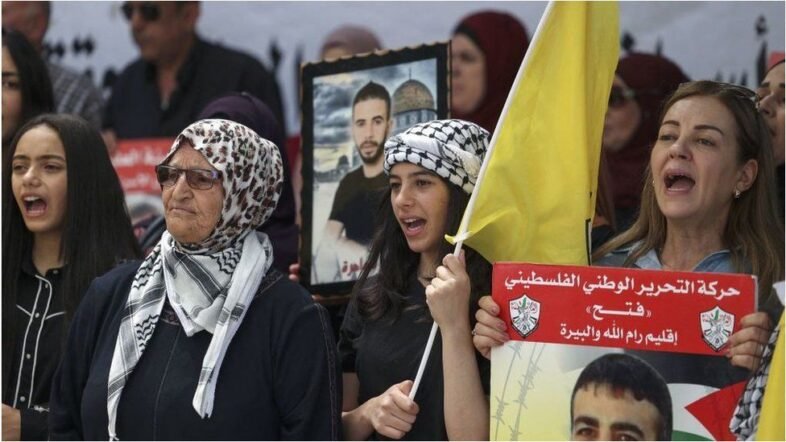 According to the official Palestinian news agency, a mass hunger strike by Palestinian prisoners in Israel that was scheduled to start on Thursday night has been called off.

Officials say some 1,000 prisoners were scheduled to organise the action to express their discontent with their surroundings.

After the jail service complied with prisoners’ requests, it was stopped, according to Wafa news agency. Israeli authorities have not responded.

Israel toughened regulations after a dramatic jailbreak the previous year.

Over the course of almost two weeks, the inmates were eventually recaptured.

The Palestinian Authority’s committee for current and former detainees said prisoners’ representatives had decided to suspend the hunger strike after it had “achieved its demands”, Wafa reported.

It said the suspension depended on the prison authorities fulfilling what they said they had committed to. Palestinian prisoners have down the years periodically staged or threatened hunger strikes as a tactic to pressure Israeli authorities to improve their conditions.

Many of them have been convicted by Israel of security crimes, including terrorism and murder.

According to Palestinian sources, there are about 4,500 Palestinians imprisoned in Israel. They claim that 700 of them are being kept in administrative detention, which is held without charge or trial.

Israel claims that the action is required for its security, while civil liberties organisations claim that it violates human rights.

A well-known prisoner who has been in administrative custody since his arrest in December of last year finished his six-month hunger strike on Wednesday.

Israel accuses Khalil Awawdeh of being a member of the violent organisation Islamic Jihad, but he claims Israel has promised to release him on October 2. Israel did not provide a prompt confirmation.