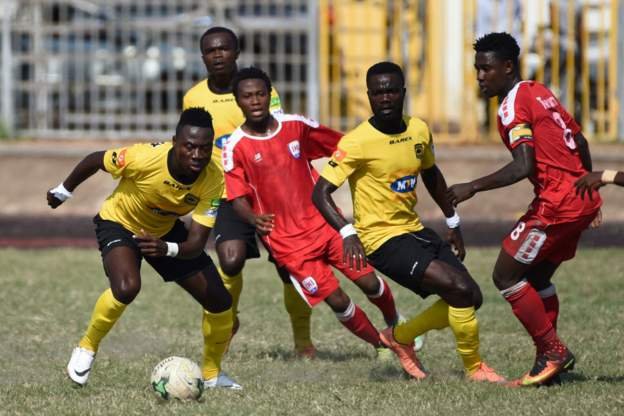 It follows a court case brought by the side Ashanti Gold, also known as Ashgold, to place an injunction on the league, until a court case ends on 14 October.

In a statement the Ghana FA said that it would seek redress to ensure the prompt return of the league, to avoid further disruption because of the upcoming World Cup.

The suspension is likely to affect sponsors, players and officials.

Ashgold filed another lawsuit at the human rights court against the country’s Football Association when the club was demoted to Division Two.

According to the FA, the club was found culpable of match-fixing and manipulation when they defeated Inter Allies football club 7-0 in the previous league season.

Ashgold argued that the FA had infringed on their rights with its ruling. The Premier League was scheduled to have its fourth round of matches this weekend.