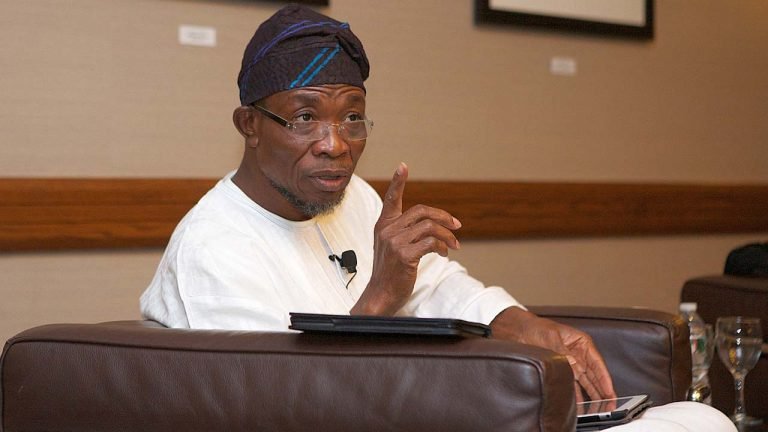 The Federal Government of Nigeria has said that it will eliminate all terrorist organisations in the country by December this year.

The Minister of Interior, Rauf Aregbesola, said this in Abuja yesterday during a joint security press conference with the Ministers of Defence, Information and Police Affairs as well as the Chief of Defence Staff.

Aregbesola said: “Nigerians have the assurance of all of us that their security is guaranteed. So, we’re here to assure you that you’re safe, that is why we’re here from the instructions of the president that you’re safe and that each day going to December, our safety and security will be better.

“What we face mostly now are clashes of cowardly attacks from those that have been routed in one locality or the other moving to give a false impression that they’re still strong. Our ultimate goal is to eliminate them altogether and restore total peace in every inch of the Nigerian soil; that we’re going to do by God’s grace, by December of this year.

“It is sounding tall but take it home, we’re determined to ensure that every inch of the Nigerian soil is safe. The determination is there and the order has been given.”

Despite the government’s ameliorative attempts, he claimed that COVID-19’s restrictions and privations had made the current security issues worse.

“But we’ll keep guarding the property and lives of all Nigerians and foreigners living among us. We will continue to strive for national security and thwart elements that pose a threat to the populace. To protect every square inch of our territory, we will exercise the full weight of the government. We won’t stop until Nigerian peace has been totally restored”, he vowed.

Also speaking was Lai Mohammed, the minister of Information and Culture, he said the worst is behind us as the government’s tough tackle on terrorists and bandits had forced them to flee.

He claimed that the nation’s current security difficulties, which include terrorism, banditry, kidnapping, separatist violence, crude oil theft, armed robbery, and other crimes, are quite formidable.

He said, “There is no doubt that this is the worst threat to the peace and security of our magnificent country since the civil war of 1967 to 1970.

“It is the kind of challenge that would have overwhelmed many nations, but thanks to the purposeful leadership of President Muhammadu Buhari. We can say, I want to repeat that the worst is over and peace and security are gradually returning to the land.

“Please don’t misunderstand or misrepresent this assertion. We may still witness isolated cases of security challenges here and there, but it’ll not be on the scale that we have witnessed in the past.

“Terrorists and bandits and the likes can run but cannot hide, and this has been demonstrated by the arrest of those who attacked a church in Owo. These criminals can run, but cannot hide, as we’ve seen in the decimation of the cowards who ambushed the Brigade of Guards troops in Abuja.”

He made clear that the government was “not claiming the battle is over. No. We’re saying that the worst is gone since our military and other security agencies have been able to contain the enormous security concerns we confront. We have now forced the bandits, terrorists, and others of their kind to flee, and we won’t stop until they are destroyed.

Mohammed made a plea to all Nigerians to continue helping the security forces with their difficult job of keeping the nation safe.

We must also understand that everyone has a stake in security, which is why the slogan “if you see something, say something” was created.

Terrorists or bandits are not ghosts. They are humans, some of whom live within our neighbourhood. To establish peace, they must all be exposed and vanquished.