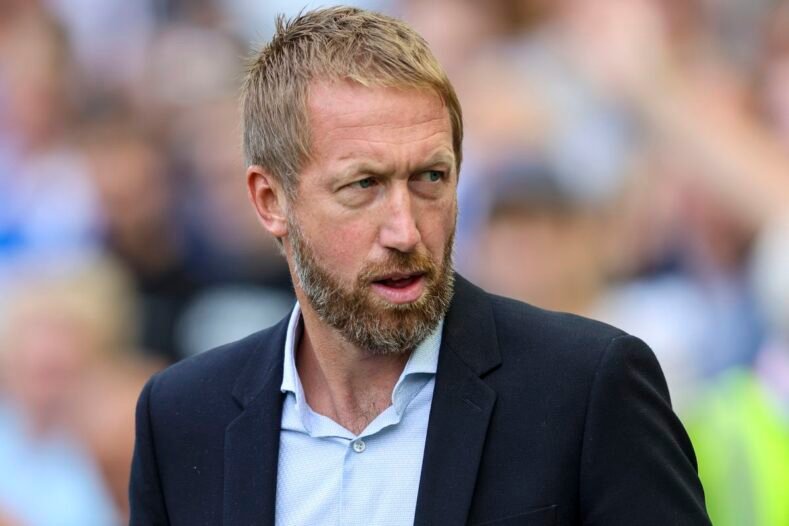 Brighton have given permission to Chelsea to speak to Graham Potter about their vacant managerial post, according to reports.

Thomas Tuchel was sacked by the London club on Wednesday morning in the immediate aftermath of the club’s 1-0 Champions League defeat to Dinamo Zagreb.

The German guided Chelsea to European glory in 2021 just months after his appointment at Stamford Bridge, but the Blues’ statement said that it was the “right time” to make a change as the club reaches 100 days under the ownership of a consortium led by Todd Boehly.

Chelsea sit sixth in the Premier League table after their opening six games of the season, five points behind early leaders Arsenal, and spent more than £250 million during their first summer transfer window since Roman Abramovich’s sale of the club.

BREAKING: Brighton have given Chelsea permission to speak to Graham Potter ✅ pic.twitter.com/B6g17mn4UF

Sky Sports suggest that an approach has been made to Brighton about the highly rated Potter, and that the club have granted permission for Chelsea to speak to their manager.

The South-Coast side finished an impressive ninth last season and currently occupy fourth spot having been beaten only once so far in the league.

It has been reported that Chelsea would have to pay a release clause to take Potter from Brighton, with a figure of £16 million quoted.

Among the other potential candidates for the vacancy are Mauricio Pochettino and Zinedine Zidane, both currently without a job.

Zidane has not taken a managerial post since concluding a second spell at Real Madrid in May of last year and has never coached outside of the Spanish capital club’s set-up.

Pochettino, meanwhile, was sacked by Paris Saint-Germain – where he succeeded Tuchel – in July despite securing the Ligue 1 title.

The former Tottenham manager was heavily linked with a return to the Premier League at Manchester United before the appointment of Erik ten Hag at Old Trafford.

Chelsea make the short trip to Fulham at lunchtime on Saturday, with an interim staff formed from the club’s existing coaches likely to take charge while a replacement for Tuchel is recruited.

The Athletic reports that the decision to move from Tuchel was made before the defeat in Zagreb amid wider tensions between the German manager and the club’s ownership.

A statement from the club said: “On behalf of everyone at Chelsea FC, the Club would like to place on record its gratitude to Thomas and his staff for all their efforts during their time with the Club.

“Thomas will rightly have a place in Chelsea’s history after winning the Champions League, the Super Cup and Club World Cup in his time here.

“As the new ownership group reaches 100 days since taking over the Club, and as it continues its hard work to take the club forward, the new owners believe it is the right time to make this transition.”