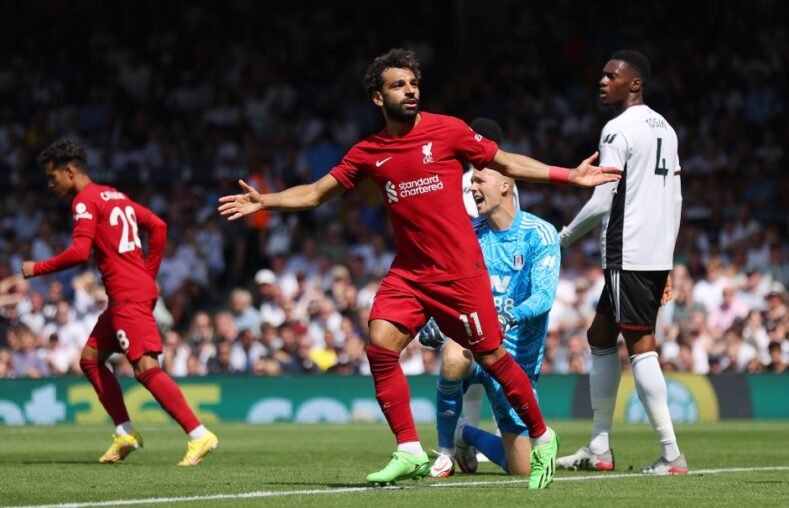 Fulham came close to producing one of the biggest shocks on the opening weekend of any Premier League season as Aleksandar Mitrovic marked his return to the top flight with two goals in a 2-2 draw with Liverpool at Craven Cottage.

Mohamed Salah levelled for the visitors with 10 minutes remaining to deny Marco Silva’s side a famous victory after a performance full of endeavour that celebrated Fulham being back in the top division.

Much has been made of whether Mitrovic can cut it at this level, having scored just three goals in his last Premier League campaign two seasons ago, but he bullied Trent Alexander-Arnold for his headed opener (32) before striking the winning penalty after being fouled inside the box by Virgil van Dijk (72).

Darwin Nunez scored his first goal after coming off the bench (at 64) to offset Mitrovic’s initial goal from Salah’s cross, and Jordan Henderson nearly gave Liverpool the victory in the last seconds of the game before his curled shot hit the crossbar.

Mitrovic opened the scoring against Liverpool

“The finest part about the game was the result,” Jurgen Klopp said to BT Sport. Despite playing poorly, we managed to get a point. The outcome was satisfactory; I don’t believe we were due anything better. Performance can be greatly enhanced.

“We could have won the game because we had good chances but it was probably a bit too much today.”