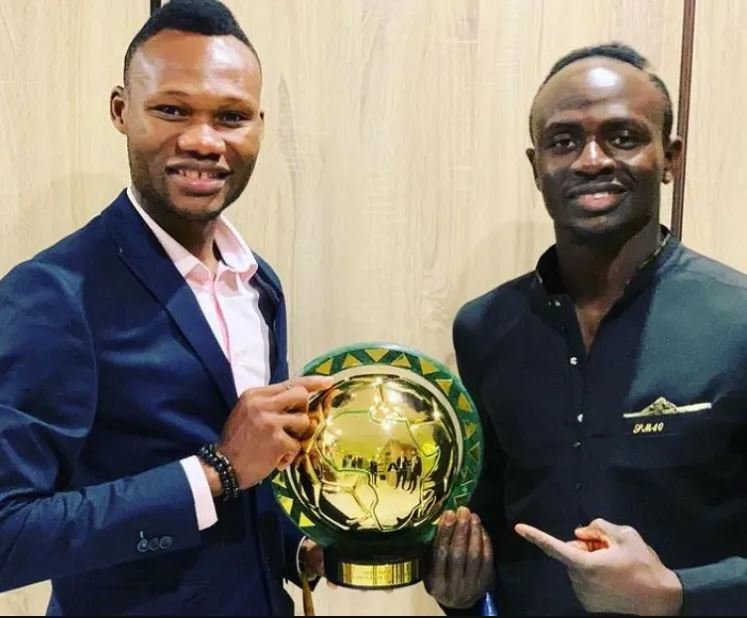 Having spent his time in Germany driving his best friend to training, the former Oldham forward has earned a contract with Bayern Munich.

As Mane went onto the pitch for training, Azankpo drove away, although he is also a striker himself.

Azankpo has been without a club for over one month after he was let go by French third-tier side Dunkerque and kept himself busy by driving his friend to training sessions in Germany.

But everything changed last week after he was handed a two-year contract with Bayern’s reserve team coached by club legend Martin Demichelis after he impressed in trials according to Germany’s Sport Bild.

Mane and the Benin striker both developed their talents at Generation Foot in Senegal before moving to Ligue 1 club Metz in 2012.

Azankpo, on the other hand, was relegated to the reserve team and started his journey into the lower tier leagues in France, England, Slovakia, Romania, and Luxembourg while the Senegalese superstar impressed and earned moves to Austria with Red Bull Salzburg before switching to the Premier League with Southampton and Liverpool.

Soon, he will be able to represent Bayern II in the Bavarian regional league, and perhaps someday, he can face off against his age long friend on the main squad.

In an interview with Lookcharms early this year, Azankpo explained how they have always kept in touch with Mane full of ambition since they met.

“He [Mane] always had big ambitions. He always wanted to go as high as possible. He comes from a poor background, like all of us,” said Azankpo.

“And we said to ourselves that we have to succeed in order to help the family, to take over, because there are people behind who are hungry,” he added.

“Sadio has always dreamed very big. And I remember when he spoke to me about the Senegalese selection, he wanted it so much.”

The striker has seven caps for Benin and was part of the Squirrels team for the 2019 Africa Cup of Nations in Egypt.

Mane joined Bayern this summer in a deal worth €32 million after six successful years at Liverpool that yielded 120 goals in 269 appearances as well as a Premier League, Champions League, FA and League Cups.

Fabregas joins Italian Serie B side Como on free transfer