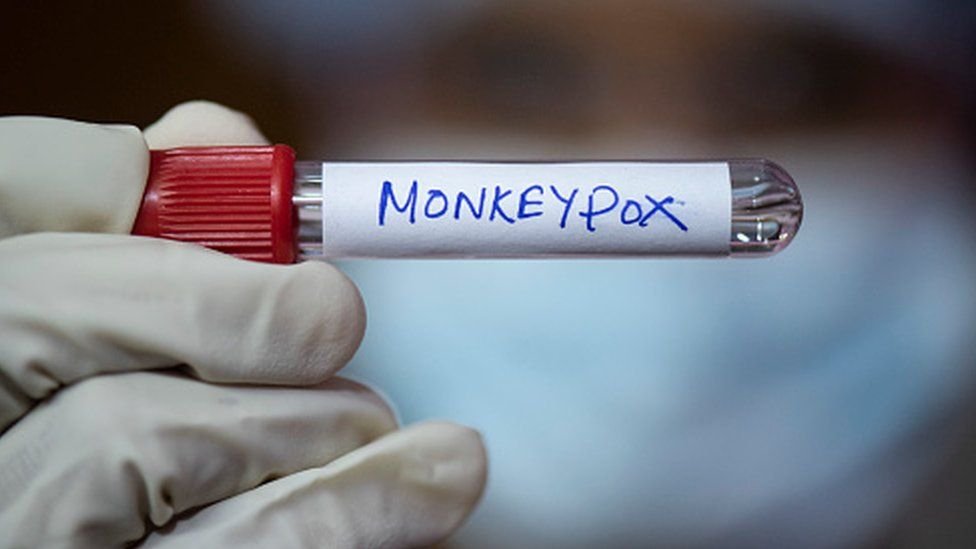 India has confirmed its first death caused by monkeypox in the southern state of Kerala.

On Saturday, a 22-year-old man from the United Arab Emirates who had just arrived in the state passed away.

The individual had initially tested positive for the virus abroad, according to Kerala’s Minister of Health Veena George. She claimed on Monday that samples examined after his passing confirmed the infection as well.

Outside of Africa, this is the fourth case of monkeypox death to be reported globally.

A military officer who had been infected died three days after being admitted to a hospital in the country’s northeast. He had a rash on his skin and a fever, but nothing more was known.

Thirteen people who are thought to have interacted with the deceased man are currently being observed in isolation.

In seven different regions of Ghana, the virus has so far been reported in more than 30 cases.

The monkeypox virus, a member of the same virus family as smallpox, is what causes the illness, albeit it is much less severe and there is little possibility of contracting it, according to doctors.

The epidemic of monkeypox was deemed a global health emergency by the World Health Organization (WHO) last month.

The Kerala state government set up a high-level committee to review the man’s medical records after he passed away there, according to Ms. George.

When the young man was admitted to a private hospital on July 27, Ms. George told the news website The NewsMinute that he had a fever and swollen lymph nodes.

She added that despite not having any rashes on his body, the physicians had no reason to believe that he had monkeypox.

The man had tested positive for the virus days before leaving for Kerala, in the UAE, on July 19, but his family didn’t notify health officials until July 30, according to the ministry on Monday.

His condition, however, quickly deteriorated in the hospital and he was on ventilator support before he died, she added.

His samples were sent to the National Institute of Virology which confirmed monkeypox on Monday, she said.

Authorities will now investigate why the man had delayed seeking medical help.

The minister told reporters that 20 of the man’s close friends had been classified as “high risk” and isolated. These people include his immediate family, friends, and the nine people he just finished playing football with.

His other passengers on the flight from Kerala to the United Arab Emirates have also been contacted. They were not in direct contact with him, so there is currently no need for alarm, according to Ms. George.

India has so far documented four instances of monkeypox, with three occurring in Kerala and one in Delhi, the nation’s capital.

The first patient was treated in Kerala’s capital, Thiruvananthapuram, after testing positive on July 14. (formerly Trivandrum). Since then, he has recovered and been released, according to Ms. George.