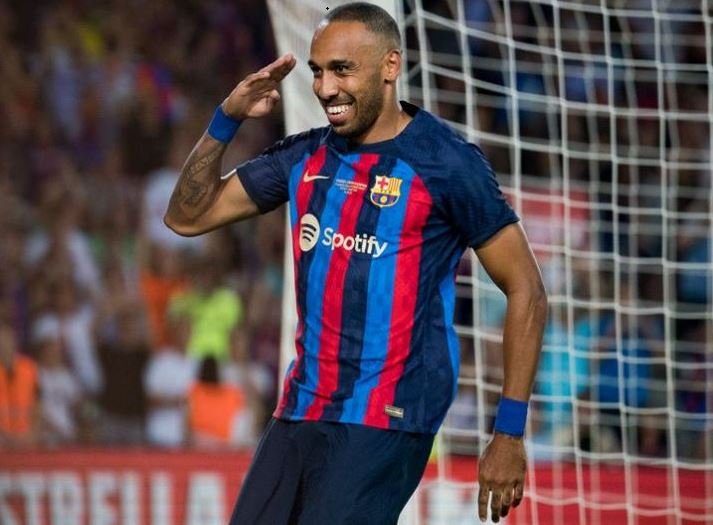 Chelsea will follow up the £70m signing of Leicester City’s French defender Wesley Fofana, 21, by pushing to get the transfer of Barcelona’s Gabon forward Pierre-Emerick Aubameyang, 33, over the line. The Blues also want to sign Everton’s 21-year-old English winger Anthony Gordon this week. (Guardian)

Aston Villa have a “strong interest” in Brighton boss Graham Potter as a potential replacement for Steven Gerrard, who has lost three of his first four league games this season. (Football Insider)

Southampton have had a £21m bid for PSV Eindhoven winger Cody Gakpo rejected. The 23-year-old Netherlands forward has been linked with Manchester United and PSV value him at about £38m. (Telegraph – subscription required)

Newcastle United are keen on Chelsea’s French midfielder Tiemoue Bakayoko, 28, who is on a two-year loan at AC Milan. Nottingham Forest are also keen. (Calciomercato – in Italian)

Crystal Palace have made a £27m offer to buy Chelsea’s 22-year-old England midfielder Conor Gallagher, who impressed while on loan with the Eagles in 2021-22. (Times – subscription required)

Arsenal’s Spain defender Hector Bellerin, 27, could join Real Betis, where he was on loan last season. Bellerin has not played for the Gunners since May 2021. (Estadio Deportivo – in Spanish)

Barcelona and the Netherlands midfielder Frenkie de Jong, 25, will remain at the club despite being heavily linked with Manchester United and Chelsea during the summer transfer window. (Football Espana)

However, De Jong is travelling to England before the end of the summer transfer window, sparking speculation about his future. (Mirror)