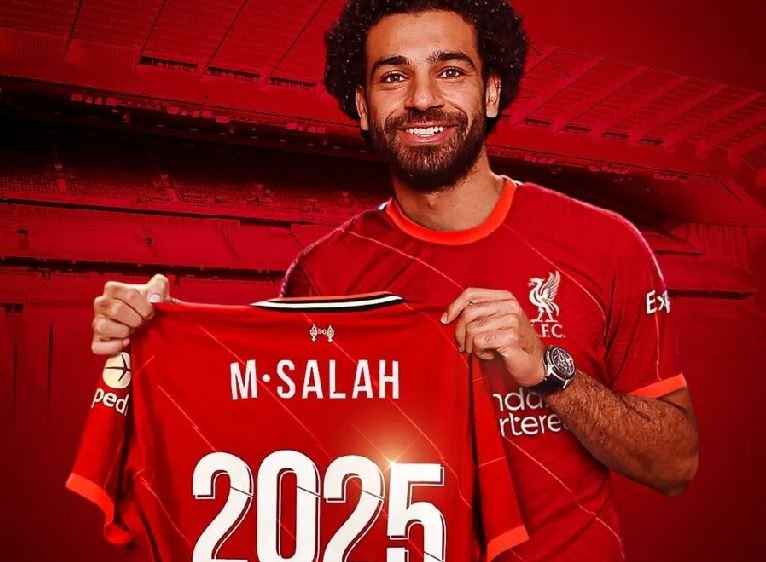 According to BBC Sport, the 30-year-old will be the best paid player in the history of the club thanks to the contract, which is worth more than £350,000 a week.

There were questions about the Egyptian forward, whose previous contract had only one year remaining.

“It’s the right choice for both of us and for him. I believe he belonged with us. Now, this is his club” manager of the Reds, Jurgen Klopp.

“For our fans, this is a fantastic treat that will make their weekend even better. There will undoubtedly be some festivities tonight in honour of this news.”

In 254 games over the course of his five years at Anfield after joining from Roma, Salah has 156 goals.

“I’m in terrific shape, and I’m eager to help the club win championships. Today is a joyful day for everyone. We have a decent chance of winning everything”, the versatile winger bemused.

While playing for Klopp’s team, he also earned or shared three Premier League Golden Boots and twice received the PFA Player of the Year award.

“Without a doubt, Mo’s prime years are yet to come. And that’s saying something considering how legendary the first five seasons here have been “Klopp added.

The renewal comes as a big boost after the departure of fellow forward Sadio Mane to Bayern Munich this summer but they have since recruited Benfica and Uruguay striker Darwin Nunez for an initial £64m to offset the loss.

Liverpool won the FA Cup and Carabao Cup this season but were in the running for a quadruple until the final week of the season, falling just short in the Premier League and losing the Champions League final to Real Madrid.