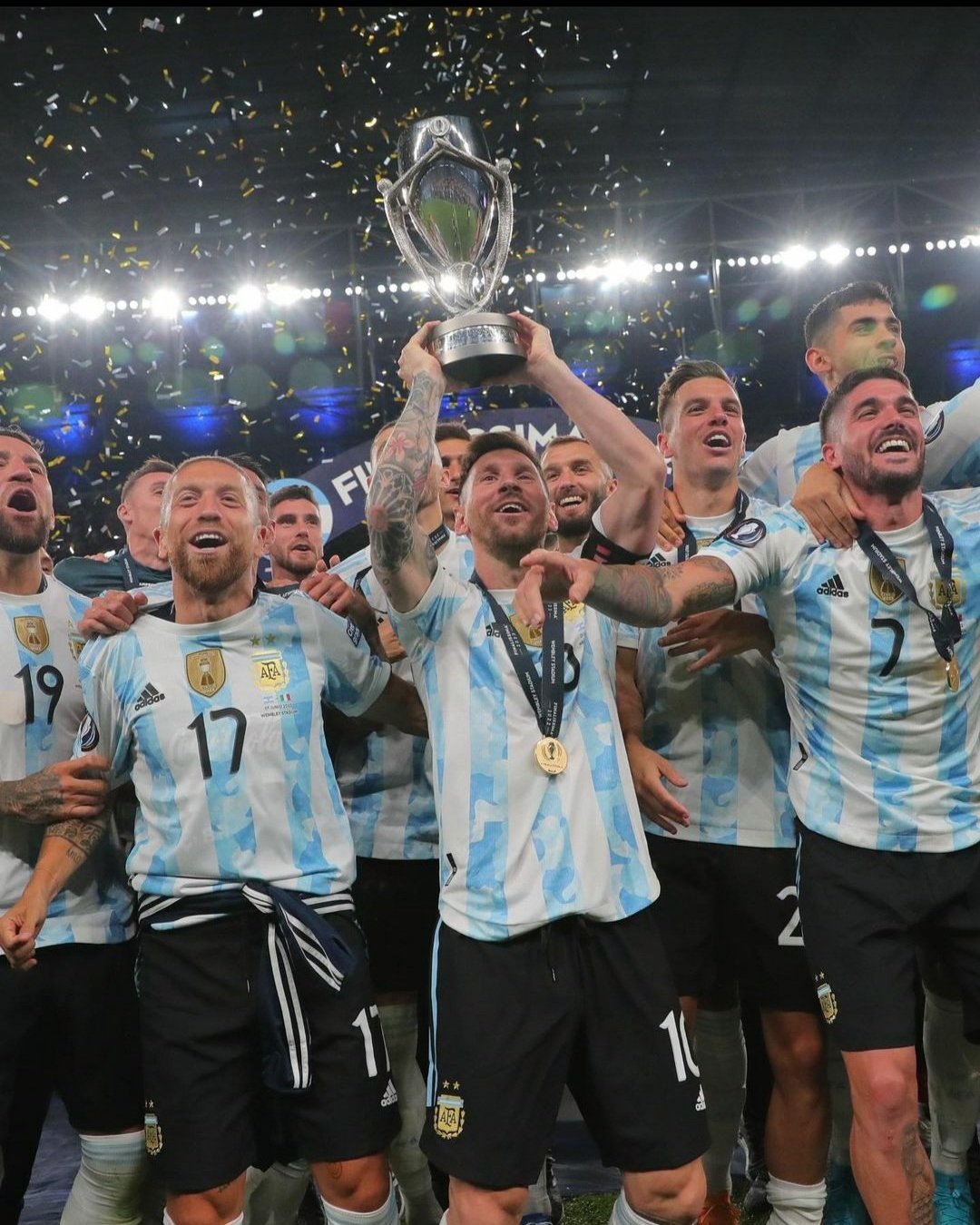 Lionel Messi was the star of the show as Argentina ran out 3-0 winners against Italy in La Finalissima on Wednesday.

The Copa America champions and Euro 2020 winners met at Wembley to battle it out for the intercontinental trophy.

The Albiceleste were deserved winners as they struck three times without reply against Roberto Mancini’s team.

Lautaro Martinez, Angel Di Maria and Paulo Dybala were all on target for Argentina as they secured the win.

Lionel Scaloni’s team were two goals ahead by half-time, with Messi setting up Inter star Martinez for the first goal shortly before the half-hour mark and Di Maria firing home in stoppage time.

Messi got his second assist in the dying seconds of the game when he set up Dybala to make it 3-0.

Manchester City’s incoming attacker Julian Alvarez was also in on the action as he came on to replace Martinez after 84 minutes.

The Paris Saint-Germain star was given the Man of the Match award for his stellar display against the Azzurri.

As well as his two assists, the 34-year-old was pulling the strings for the Copa America winners, inspiring his side to a big win.

The UEFA Technical Observer Panel declaired: “He controlled the game from start to finish. He showed great skill to make the assist for Lautaro Martinez and more chances for his team-mates, and was unlucky not to score himself.

“He has really put in a masterclass of a performance for the Wembley crowd; it was a joy to watch.”

Also, veteran defender Giorgio Chiellini was rewarded in recognition of his exemplary performances with the Italian national team ahead of the game.

The match at Wembley marked the end of the centre-back’s caareer with the Azzurri.

Chiellini bows out with 117 caps for Italy having won Euro 2020 and been part of the team that finished runners-up in the competition in 2012.