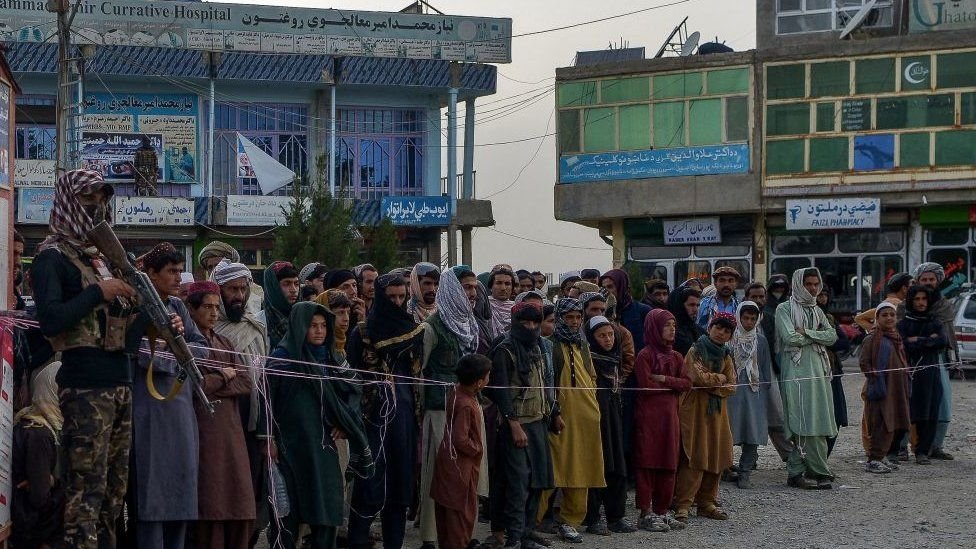 The Taliban in Afghanistan have appealed for international assistance as the country deal with the aftermath of a deadly 6.1 magnitude earthquake.

According to a local authority, more than 1,000 people have died and at least 1,500 have been left wounded.

The province of Paktika in the southeast has been hardest hit. The UN is rushing to offer food aid and emergency shelter.

Heavy rain and hail are impeding the rescue operations.

The Taliban, an Islamist movement that reclaimed power last year after the fall of the Western-backed government, face a significant challenge in the wake of the country’s biggest earthquake in twenty years.

The earthquake struck about 44km (27 miles) from the city of Khost and tremors were felt as far away as Pakistan and India. Witnesses reported feeling the quake in both Afghanistan’s capital, Kabul, and Pakistan’s capital, Islamabad.

Communication is difficult because of damage to mobile phone towers

“The government sadly is under sanctions so it is financially unable to assist the people to the extent that is needed,” said Abdul Qahar Balkhi, a senior Taliban official.

“International relief agencies are helping, neighbouring countries, regional countries, and world countries have offered their assistance which we appreciate and welcome.

“The assistance needs to be scaled up to a very large extent because this is a devastating earthquake which hasn’t been experienced in decades.”

Unknown number of persons are still trapped beneath the debris. The severe rain has made the rescue effort more challenging, according to health and humanitarian personnel.

In remote areas, Helicopters are being used to transport patients to hospitals.

The UN and charity organisations in Pakistan’s neighbouring region are supporting the humanitarian effort by sending out medical teams and supplying medical supplies.

An emergency medical team composed of two surgeons, an anaesthetist, and two nurses is ready to be sent, according to Intersos, one humanitarian relief organisation.

A local doctor informed the BBC that the Gayan and Barmal districts of Paktika had seen the majority of the casualties so far. Gayan’s entire village is said to have been devastated.

One survivor, Shabir, told the BBC, “There was a rumbling and my bed started to tremble.”

“The roof gave way, I was trapped but I could see the sky. Despite having a dislocated shoulder and head pain, I managed to escape. I’m certain that seven or nine members of my family who were with me in the same room are dead “.

Related Topics:AfghanistanearthquakeGayanIntersosKhostTalibanUnited Nations
Up Next