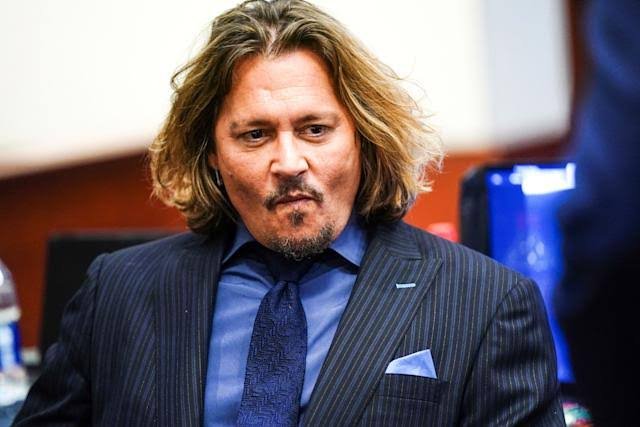 Johnny Depp emerged victorious on Wednesday in his defamation lawsuit against ex-wife Amber Heard, with the jury finding that she libeled him when she wrote an op-ed about being a victim of domestic abuse.

The seven-person civil jury ordered Heard to pay $15 million. But the jurors also ordered Depp to pay Heard $2 million for her counterclaim that she was defamed when Depp’s lawyer called her allegations a hoax.

Heard was stoic, her eyes down, as the judge read the verdict. Depp was not in Virginia on Wednesday; instead, he was in the UK to join guitarist Jeff Beck in concert. His legal team, though, hugged one another after the judge left the courtroom.

Heard released a statement on Twitter soon after the verdict, saying the disappointment she was feeling “is beyond words.”

“I’m heartbroken that the mountain of evidence still was not enough to stand up to the disproportionate power, influence, and sway of my ex-husband,” she said. “I’m even more disappointed with what this verdict means for other women. It is a setback.”

In his own statement, Depp said that his goal was to clear his name.

“My decision to pursue this case, knowing very well the height of the legal hurdles that I would be facing and the inevitable, worldwide spectacle into my life, was only made after considerable thought,” he said. “From the very beginning, the goal of bringing this case was to reveal the truth, regardless of the outcome. Speaking the truth was something that I owed to my children and to all those who have remained steadfast in their support of me. I feel at peace knowing I have finally accomplished that.”

Amber Heard with her lawyer

The verdicts end a six-week-long trial that livestreamed lurid testimony from both actors and other witnesses as Heard described in detail how she was sexually assaulted by Depp multiple times during their relationship. The court hearings also dominated social media, particularly on TikTok, where users dissected Heard’s testimony for toxic conspiracy theories supporting Depp.

Depp filed the lawsuit after the Washington Post published an op-ed by Heard. Even though Heard didn’t name Depp, his lawsuit said the op-ed implied it was about him, and that he lost out on millions of dollars’ worth of production deals as a result.

But Heard’s attorneys argued that what she wrote was protected by the First Amendment, and it couldn’t be considered defamation because Depp was, in fact, physically abusive during their marriage.

“Think about every piece of evidence that you’ve heard over the last six weeks about the abuse, about the relationship. None of that is in the article. None of it. We all know that it would be a very different article if she had written about what she suffered.”

He also said that the verdict wasn’t about proving whether Heard made any mistakes.

“If he abused her one time, Amber wins,” Rottenborn said.

Heard told jurors that Depp began hitting her early in their relationship and sexually abused her multiple times. Her evidence included photos of bruises and red marks on her face, and testimony from her friends, sister, and makeup artist, who said they either saw Depp be physically violent or had been told about the attacks at the time.

On May 5, Heard testified about how the two started arguing during a 2015 trip in Australia, and Depp became physically and sexually violent toward her. She said Depp “whacked” her, threw bottles at her, and penetrated her with a bottle.

Heard also testified about the first time Depp allegedly hit her after she laughed at one of his tattoos. She said Depp slapped her, and when she began laughing because she thought he was joking, he slapped her again. After he slapped her a third time, she said, she lost her balance.

“I’m all the sudden realizing that the worst thing has just happened to me that could possibly happen to you,” Heard said. “I realize — I wish so much that he would have said he was joking.”

But over the weekslong trial in Fairfax, Virginia, Depp’s team tried to paint him as the domestic abuse victim, using audiotapes and text messages as evidence. Depp’s sister, best friend, former employees, and a psychologist testified that the actor would often hide from Heard when she became violent.

Depp testified that during a flight to Australia, Heard threw a vodka bottle at him, severing his finger. (Heard’s attorney told jurors Depp cut his own finger.) Lawyers also played audiotapes that Depp recorded in which Heard confirmed she threw pots and pans at him. In another recorded conversation, Heard said she hit Depp but didn’t punch him.

“I did not punch you,” Heard says in the audio recording. “I did not fucking deck you.”

The actors met on the set of The Rum Diary in 2009 and were married in 2015. Heard filed for divorce a year later and obtained a restraining order, alleging Depp had assaulted her. Depp responded by accusing her of “alleging abuse” to “secure a premature financial resolution.”

In 2016, they settled the divorce and released a joint statement saying their relationship was “intensely passionate and at times volatile” but that “neither party has made false accusations for financial gain.”

“There was never any intent of physical or emotional harm,” the statement added.

Two years later, Depp sued UK tabloid the Sun for libel after it called him a “wife beater.” In that case, Heard testified that Depp physically abused her 14 separate times. Depp ultimately lost the lawsuit.