Champions League to expand to 36 teams from 2024
Advertisement 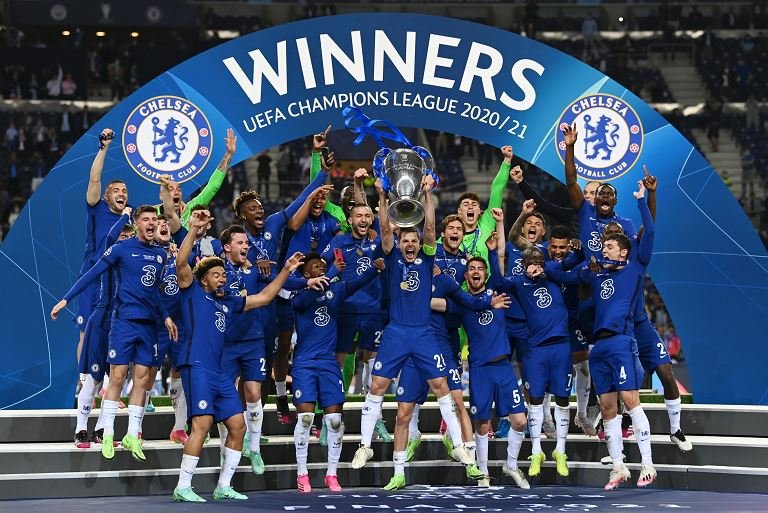 The number of teams in the Champions League group stage will rise from 32 to 36 from 2024-25 under changes approved by UEFA.

Under the new Champions League format, each team will play eight games over 10 match weeks.

But a plan to give two Champions League places to individual clubs solely on the basis of their past European performance has been abandoned.

UEFA president Aleksander Ceferin said “the dream to participate will remain for all clubs”.

Instead, two of the four extra places will be awarded on the performance of a country’s clubs in Europe over the previous season.

As it stands, the Premier League and Dutch Eredivisie would receive an extra place for next season if the Champions League rules to be introduced in 2024-25 were in force at present.

UEFA said another place would go to the third-placed league team in the country standing fifth in their rankings – at present, that team joins in the third qualifying round of the Champions League.

The European governing body said a fourth place would go to one country’s domestic champions by increasing from four to five the number of teams who qualify via the ‘Champions Path’. That is UEFA’s name for the qualification process for domestic champions who do not automatically go into the group stage.

UEFA, though, rejected a proposal to allow clubs into the competition solely on the basis of past performance – something critics argued would have favoured ‘bigger’ names and provided them with a safety net if they performed poorly in a season.

It has also modified an initial plan to increase the number of games in the group phase per team from six to 10 – instead raising the number of matches to eight.

“UEFA has clearly shown today that we are fully committed to respecting the fundamental values of sport and to defending the key principle of open competitions, with qualification based on sporting merit, fully in line with the values and solidarity-based European sports model,” said Ceferin.

“We are convinced that the format chosen strikes the right balance and that it will improve the competitive balance and generate solid revenues that can be distributed to clubs, leagues and into grassroots football across our continent while increasing the appeal and popularity of our club competitions.”

Ceferin said the new format had been approved unanimously by Uefa’s executive committee, with the agreement of Europe’s league bodies and national associations.

He added: “Qualification will thus remain purely based on sporting performance and the dream to participate will remain for all clubs.”

So how will the new Champions League format work?

The current format sees teams divided up into eight groups of four, with teams playing each other home and away over six games.

The top two in each group progress to the last 16 when it becomes a knockout tournament, with ties played home and away over two legs, before the final at a neutral venue over one match.

The new format will see the initial phase contain one single league table, which includes all teams.

Each club will play eight league stage games against different opponents, with four home ties and four away.

The top eight will go through to the knockout stage, while those from ninth to 24th will compete in a two-legged play-off to progress.

The European Club Association (ECA), which represents more than 240 clubs, said it endorses the reforms made by UEFA.

It said the changes “mean that the new-look competitions will have the best start in life, resulting from exhaustive consultations between UEFA and ECA over a number of years that ensure the legitimate interests of all relevant stakeholders are respected – driven by collective rather than self-interest”.

It added: “The new format also gives the opportunity for future growth of European football in a sustainable, responsible and inclusive way.”