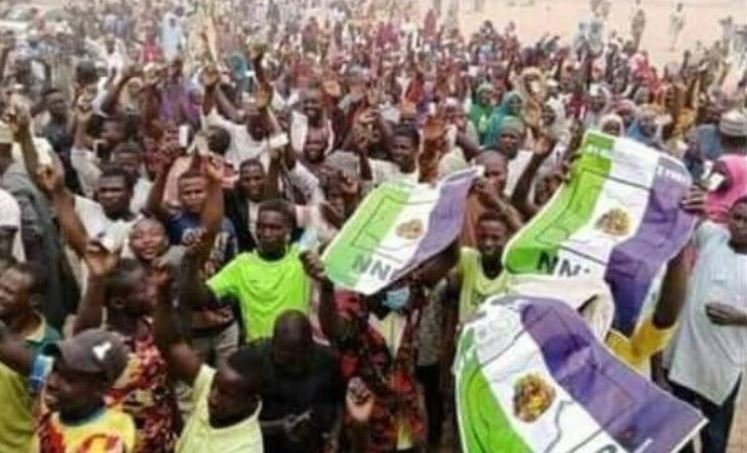 A chieftain of the All Progressives Congress (APC), in Osun, Mr Muslihudeen Adekilekun on Saturday said he has defected to New Nigeria Peoples Party (NNPP).

Adekilekun said this when he addressed a news conference in Ede town, adding that he left over alleged imposition of candidates by the leadership of the party.

“Yesterday (Friday), I went to the party leadership to announce my resignation.

“I came from Olubokun Ward 4 Unit 9, Ede North Local Government and that is where I submitted my resignation letter an hour before the party’s ward weekly general meeting.

“Since I became a member of APC, the party has never for once conducted any primary election,” he said.

He alleged that the party leadership has always imposed its preferred candidates on the people.

Adekilekun said the imposition of candidates had always denied him the opportunity to represent the people in his constituency, even after obtaining nomination forms.

“Since I began my aspiration to represent the good people of Ede Federal Constituency at the National Assembly in 2011, the APC has never conducted primaries to choose candidates, as demanded by the Constitution.

“Instead of conducting a primary election, the party leaders prefer to impose their anointed candidate on others in the name of consensus.

“In spite of this injustice, I have never questioned the decision of the leaders each time they imposed their preferred candidates on us and it is on record that I have always supported the candidates with all I had.

“The irony of my loyalty to the party is that, in spite of all my immense contributions to the growth and victories of the progressive fold, I have never enjoyed the dividend of my toils,” he said.

Adekilekun said he and his supporters, have moved their structures from APC to NNPP, after realising that the APC leadership in Ede has been an obstacle on their way to their political destination.

Adekilekun said he would be vying for Ede Federal Constituency seat of the House of Representatives on the platform of NNPP. (NAN)

9 APC presidential aspirants to step down for Lawan — Orji Kalu