Derby County relegated to League One after QPR loss
Advertisement 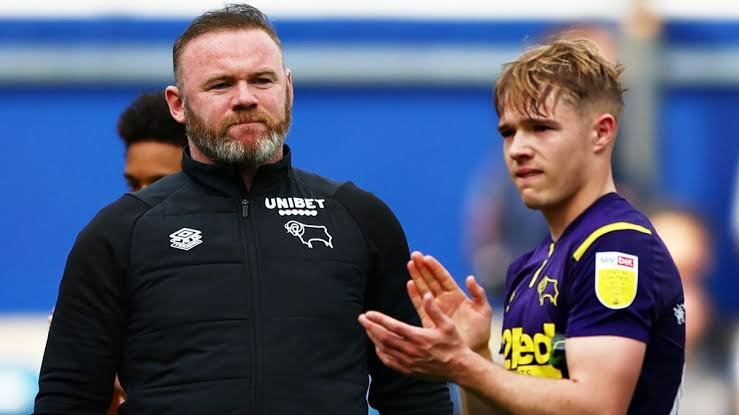 Wayne Rooney looking to stay on as Derby County Manager

Derby County have been relegated from the Championship after suffering a dramatic late defeat at Queens Park Rangers.

Relegation with three games to go means Derby will play in England’s third tier for the first time since 1986.

Their fight for survival, in a campaign crippled by a 21-point deduction, could only have been prolonged if they equalled or bettered Reading’s result.

When Amos coolly slipped the ball past goalkeeper Ryan Allsop, their hopes of staying up had taken a major blow but were not over.

However, Tom McIntyre’s 95th-minute leveller for Reading left the Rams 10 points behind the 21st-placed Royals with three games remaining.

Even then, Tom Lawrence was sent off for a second yellow card for a foul on Charlie Austin to compound Derby’s misery.

QPR ended a six-match winless run to move up to 10th in the table and to within two points of the top six, although sixth-placed Sheffield United could increase that gap if they beat Bristol City later on Monday.

In a nervy first half of the high-stakes game in west London, Amos had an early goal ruled out for offside while Luke Plange skimmed Derby’s best chance off the top off the crossbar with a header.

A crucial block from Derby full-back Nathan Byrne to foil Lyndon Dykes after the half-hour mark summed up the steadfast determination Rooney’s Rams have played with throughout a fraught campaign.

If not for the 21-point deduction this season, for entering administration and breaching the EFL’s financial regulations, Derby would be 17th in the table and almost as close to the play-off places as the relegation spots.

Allsop made two crucial second-half saves, denying Ilias Chair and Dykes, but Amos finished a quick counter attack with two minutes left to break Derby’s resistance and ultimately shatter what hopes they had of avoiding the drop.