Vlahovic, Zakaria score on debut for Juventus against Verona
Advertisement 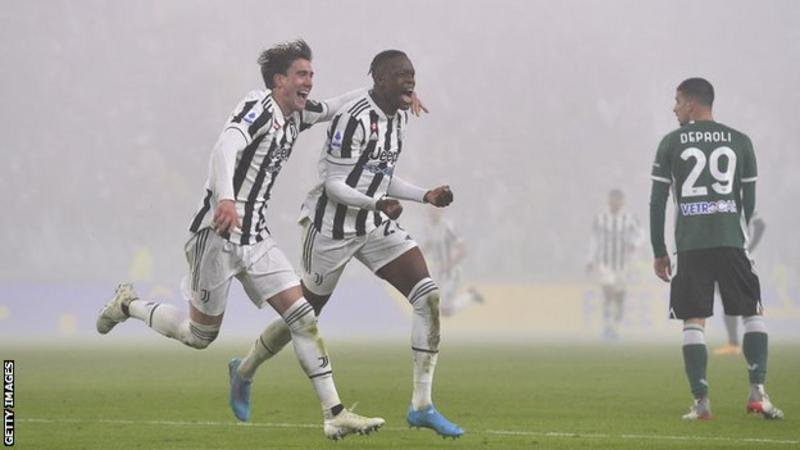 Dusan Vlahovic and Denis Zakaria scored on their Juventus debuts as the Italian giants beat Hellas Verona to move up to fourth in Serie A.

Serbia striker Vlahovic, who joined from Fiorentina for £58m, lobbed in the opener early in the first half.

Deadline-day signing Zakaria made it 2-0 after the break with a powerful drive.

The win moves Juventus to within eight points of leaders Inter Milan.

Vlahovic’s goal was his 18th goal of the season, putting him level with Lazio’s Ciro Immobile as the league’s joint-top scorer.