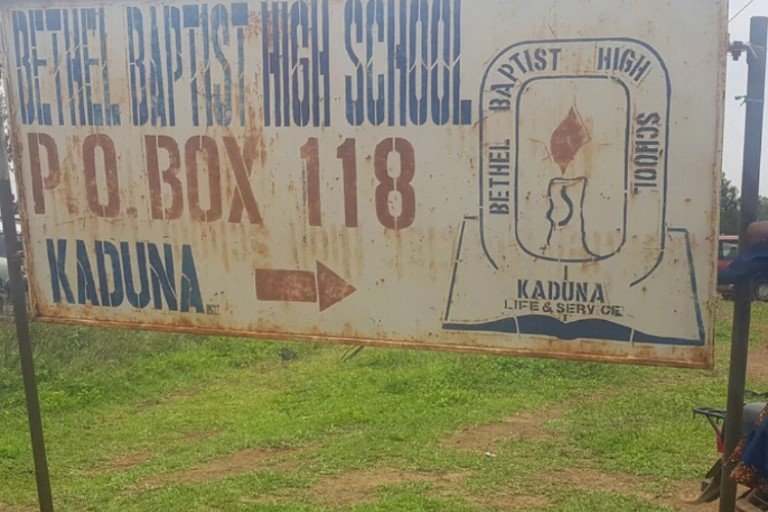 “Glory be to God. Five of our Bethel Baptist High School students and the Matron have just been released to us this evening, October 8.

“We thank God and trust that the remaining four students will also be released. Thank you for your prayers and support”, his statement read.

It can be recalled that the bandits had released ten students two weeks ago.

A source close to the leadership of the church assured that the remaining six students will soon be released.

Chronicle NG recalls that Bethel Baptist Secondary school was stormed by the bandits on July 5, 2021, during which 131 children were abducted.

So far 125 students have been rescued including the matron.

Three suspects believed to be among the kidnappers of the students were apprehended in Kaduna and paraded by the police in Abuja on September 23, 2021.

The suspects were identified as: Adamu Bello, Isiaku Lawal and Muazu Abubakar.

The trio were paraded by the Force Public Relations Officers, Frank Mba, at the headquarters of defunct Special Anti-Robbery Squad (SARS), in the Federal Capital Territory, Abuja.

According to the kidnappers (dressed in camouflage) who spoke to journalists, they were among the 25 assailants who invaded the school and abducted the children.

One of the suspects, Abubakar, 27 years old, said, “Twenty-five of us carried out the operation. We kidnapped 136 students and I got N100,000 share from the money.”