Knocks for Gumi over visit to Igboho
Advertisement 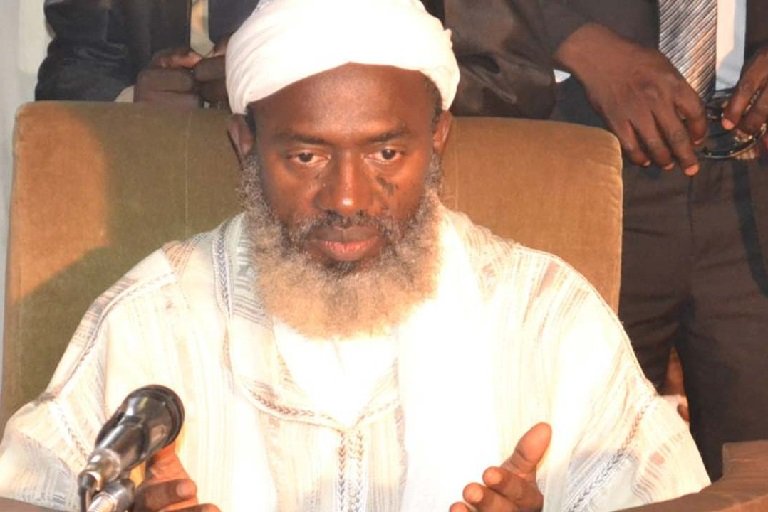 Supporters of Sunday Adeyemo (aka Sunday Igboho) over the weekend warned controversial Islamic cleric, Sheikh Ahmad Gumi, to stay away from Yorubaland.

They described Gumi’s recent visit to Igboho – a town  in Oyo state – as “suspicious” and “insensitive”.

Gumi, in a video which surfaced online on September 7, was seen standing with Prof. Usman Yusuf, a former Chief Executive Officer of the National Health Insurance Scheme (NHIS), near a signboard that read “Muslim Grammar School, Modeke, Igboho”, the hometown of Sunday Igboho.

The cleric said with what he had seen, there was no need for any group to seek secession.

In another viral video obtained by The Nation at the weekend, Sheikh Abdul Raheem Aduanigba, Chief Imam of the Yoruba in Ilorin, Kwara State, led other leaders to Igboho town with Igboho’s mother.

They visited the spot where Gumi had shot the video during his visit to the town and offered prayers to nullify any ulterior motives he might harbour.

Sunday Igboho is in Cotonou prison

Aduanigba said: “We don’t know when Gumi came here. Igboho did not look at his wealth; he spent so much. He took care of everyone, including Muslims.

“We pray for Igboho to be successfully released. God will make Igboho come back home safely and meet his mother. God kept Igboho safe to grant him long life. There is no peace in Nigeria. We have to be vigilant in Nigeria.”

Also, Yoruba socio-political organisation, Afenifere, has said the utterances of Sheikh Gumi and Usman Yusuf during their visits to Igboho town in Oyo State were provocative.

A statement by the organisation’s spokesman Jare Ajayi reads: “Igboho is the birthplace of Mr. Sunday Adeyemo, popularly known as Sunday Igboho, who is the arrowhead of the movement against the terrorist actions allegedly being perpetrated by bandits suspected to be of Fulani extraction.

“This was what prompted Sunday Igboho to get to Igangan in Ibarapa area of Oyo State to confront Seriki Fulani who was alleged to be responsible for various nefarious activities being carried out against the people of the area. Igboho is also one of the arrowheads of agitation for the establishment of the Yoruba nation.

“While in Igboho, Gumi showed some cows grazing near a school compound in the area and said that it showed that anybody should be free to graze anywhere without being molested.”

Afenifere said it took serious exception to Gumi or anyone else from outside Yoruba land to declare the area as belonging to any particular religion.

“As is well-known, the Yoruba are quite liberal and tolerant of one another when it comes to religious faith, cultural practices and related social activities…”

“For Gumi to declare any of the towns in Yoruba land as belonging to a religious faith is a way of inciting adherents of other faiths. This is unacceptable. He should not bring that divisive tendency or proclamation to Yoruba land,” it warned.

The statement also alluded to the announcement by the Chief of Naval Staff, Vice Admiral Awwal Zubairu Gambo, that a naval base was being established in the landlocked city of Kano.

Afenifere recalled that Gambo made the announcement when he visited Kano State Governor Abdullahi Umar Ganduje, who immediately donated 1,000 hectares of land for the purpose.

The organisation said naval bases are normally cited on the seaside for effective service delivery.

“So, of all the cities in the South, nowhere was found suitable to locate additional naval base except where ships cannot berth? It is only in Nigeria that such an absurdity can happen!

“But it is an absurdity carried too far, especially when considered against the background of highly disproportional military bases that are already in the northern part of the country.”