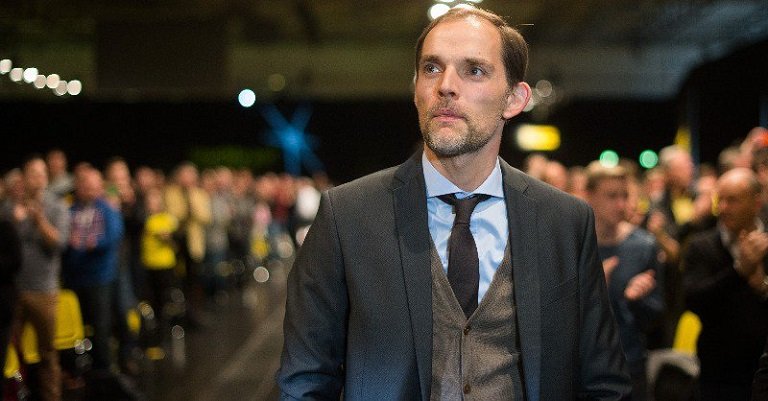 Thomas Tuchel is unlikely to take the job at Tottenham if it became available as the German is aiming for Barcelona or Real Madrid as his next step. (Florian Plettenberg)

Arsenal are interested in a surprise loan deal for Real Madrid and France midfielder Eduardo Camavinga, 20, to boost their squad for the rest of the season. (Evening Standard)

Chelsea are stepping up attempts to agree a new contract with England midfielder Mason Mount in the face of the growing prospect of Liverpool trying to buy the 24-year-old this summer. (Guardian)

Liverpool are still in talks with Roberto Firmino over a new short-term contract, and the 31-year-old Brazil forward says he intends to stay at the club. (Fabrizio Romano)

Meanwhile, Borussia Dortmund manager Edin Terzic has urged England midfielder Jude Bellingham,19, to “break the mould” and reject the approaches of Real Madrid and Liverpool to stay with the German club. (Mirror)

Leicester City have made a fresh approach for Stoke City‘s Australia defender Harry Souttar, 24, after their initial £10m bid was rejected. (Mail)

Arsenal are close to signing 22-year-old Spezia and Poland defender Jakub Kiwior for a deal understood to be worth £20m. (Sky Sports)

Aston Villa manager Unai Emery is set to offload English defender Calum Chambers – after also letting go of the 28-year-old when the pair were at Arsenal – as he looks to overhaul his squad. (Mirror)

Newcastle United are continuing talks with Flamengo to try and reach an agreement over 18-year-old Brazilian forward Matheus Franca. (90min)

Chelsea are interested in signing Lyon right-back Malo Gusto, although the Ligue 1 side would like to keep the 19-year-old Frenchman until the end of the season. (L’Equipe – in French)

Italian side Salernitana are currently in talks with the agent of Everton’s English defender Michael Keane and are keen to convince the 30-year-old of the move. (TuttoSalernitana, via Football Italia)