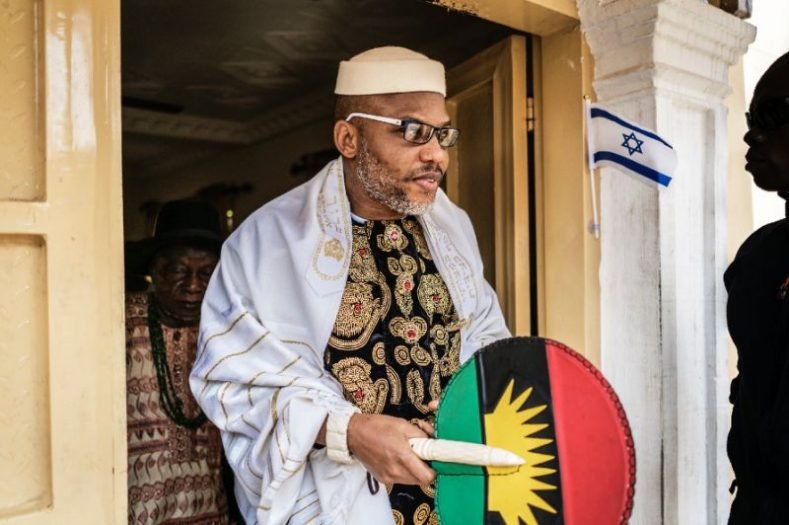 Business activities were grounded Tuesday morning following a special sit-at-home order by the Indigenous People of Biafra (IPOB) in protest of the federal government’s refusal to release Mazi Nnamdi Kanu despite court orders to that effect.

Kanu is the leader of IPOB and is being detained over alleged running a proscribed group, jumping bail, and treason.

Appeal Court on 13th October 2022 discharged and acquitted Kanu, but the FG refused to obey the order.

IPOB in a statement circulated on Monday ordered sit-at-home on Monday and Tuesday to press home their demands. The release is entitled ‘Special Notification of Sit-at-home Order to the General Public in Biafran Territory’.

A survey carried out showed that schools, shops, and government offices were non-functional on Tuesday.

The usual beehive of activities at Holy Ghost, Enugu; IMT bus stop by ShopRite, and Otigba junction by Fire Service were at their lowest ebb.

A commercial driver told our correspondent that, “I am surprised that today is sit-at-home. It started like a rumor yesterday.

Today everywhere is shut. Since morning, I have not carried a single trip. It is worse than that of Monday.”

At the Institute of Management and Technology, Enugu, and the Enugu State Polytechnic, Enugu campus, there were no academic activities going on. The entrance was locked.

Gate of IMT under lock

A security man at the gate said, “We are just doing our work. When people come, we open the gate, and lock it back.”

A student of the polytechnic, Chinyere, said, “I’m disappointed. Mondays are automatic sit-at-home. Now, they have joined it with Tuesday. And our leaders are not talking.”

Major commercial transport companies are also not operational, the same as banks. Some filling stations were seen dispensing fuel.