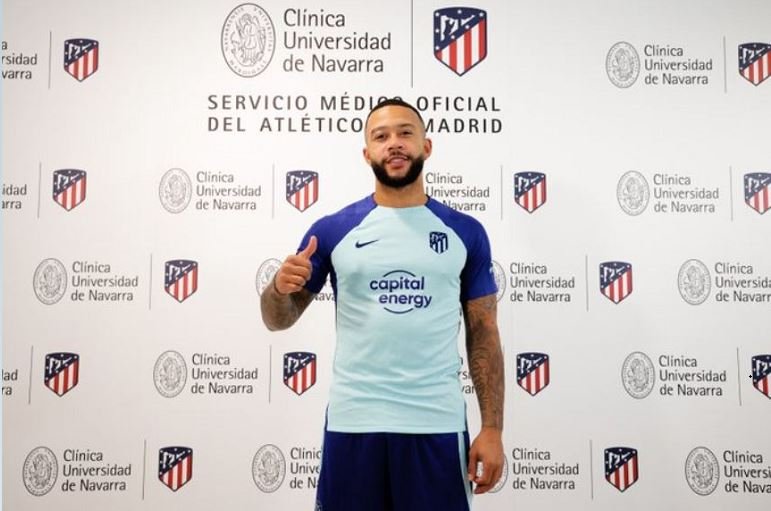 The 28-year-old took part in a training session with the Madrid club on Thursday with the permission of Barcelona.

He will give Atletico more options up front after Portugal forward Joao Felix’s loan move to Chelsea earlier this month.

In a statement, Barcelona said they will receive a fee of “3 million euros ($3.25 million) plus one million in variables.”

Depay, who previously played for PSV Eindhoven and Manchester United, joined Barca on a free transfer from Olympique Lyonnais in July 2021 on a two-year deal.

He played 42 games for the Barcelona, scoring 14 goals, but fell out of favour with manager Xavi Hernandez after the club signed Poland striker Robert Lewandowski last year.

Depay has been capped 86 times since his debut in 2013, scoring 43 goals – leaving him seven short of the Netherlands’ all-time top scorer Robin van Persie.

Elsewhere, West Ham United have signed striker Danny Ings from Aston Villa on a deal until 2025, the Premier League club said on Friday as they look to fix their goalscoring problems.

The Hammers are third-bottom on 15 points, a point and a place below the safety zone, with 15 goals in 19 games.

The 30-year-old Ings, who scored six goals in 18 league games for Villa this season, will add competition up front for West Ham alongside Gianluca Scamacca and Michail Antonio.

“It’s important I settle in as quickly as I can do – and do the important stuff on the pitch for West Ham,” said Ings, who has also played for Burnley, Liverpool and Southampton.

“We’ve got some massive games ahead of us and I’ve come here to try and score as many goals as I can to help the team to get some positive results.”

West Ham did not disclose the transfer fee but British media reported that the east London club are set to pay around 15 million pounds ($18.52 million) for Ings.

The club expect him to be available for Saturday’s crunch home game against second-bottom Everton, who also have 15 points, when he could become the first player to have appeared in the claret-and-blue of Burnley, Villa and West Ham.