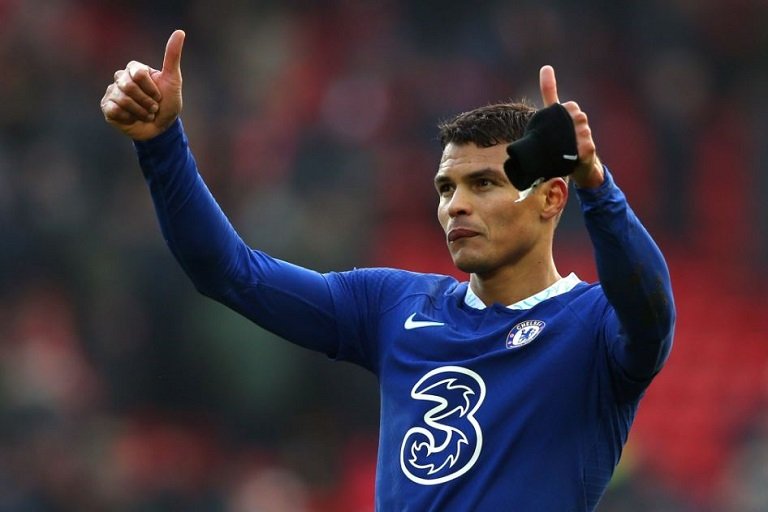 Chelsea are set to offer Thiago Silva a contract extension that would keep the Brazil defender at Stamford Bridge beyond his 39th birthday. (Times – subscription required)

Chelsea have not given up hope of signing Benfica and Argentina midfielder Enzo Fernandez, 22, in the January transfer window after having bids rejected at the start of the month. (Record – in Portuguese)

Graham Potter’s side may also return with an improved bid for Brighton and Ecuador midfielder Moises Caicedo, 21, with the Seagulls looking for potential replacements. (Guardian)

Former Everton stars Wayne Rooney, now manager of DC United, and Duncan Ferguson are also on the list, along with West Ham boss David Moyes, who managed the Toffees between 2002 and 2013. (Sun)

Brentford have rejected an approach from Everton for manager Thomas Frank. (Football Insider)

Barcelona and Ivory Coast midfielder Franck Kessie, 26, has been linked with a move to Stamford Bridge but is set to finish the season in Spain. (Football.London)

Chelsea are set to offer Thiago Silva a contract extension that would keep the Brazil defender at Stamford Bridge beyond his 39th birthday. (Times – subscription required)

UEFA are set to close a loophole in the Financial Fair Play rules which has been used by Chelsea to sign players on long-term contracts, including the arrival of 22-year-old Ukraine forward Mykhailo Mudryk on an eight-and-a-half-year deal. (Times – subscription required)

Bournemouth are bidding to beat Southampton to the signing of Villarreal and Senegal forward Nicolas Jackson, 21. (Athletic – subscription required)

Lazio boss Maurizio Sarri, 64, is being looked at by Tottenham and West Ham if they decide to part ways with Antonio Conte or David Moyes. (Ilmessaggero – subscription required)

Manchester United had conversations with Atletico Madrid and France forward Antoine Griezmann, 31, last summer before he secured a permanent move back to Diego Simeone’s side. (Sky Sports)

Crystal Palace part-owners David Blitzer and Joshua Harris are exploring selling their stakes and investing in Manchester United – a move that would allow the Glazer family to stay in control of the Old Trafford club. (Mirror)

Palace are in discussions with Stuttgart over a deal for 20-year-old French midfielder Naouirou Ahamada. (Athletic – subscription required)

Barcelona are interested in signing Real Madrid and Spain midfielder Marco Asensio, 27, on a free transfer this summer, but he is still in talks about a new deal at the Bernabeu. (Sport)

Former Aston Villa boss Steven Gerrard, 42, is set to miss out on the Poland job, with ex-Portugal manager Fernando Santos, 68, close to being appointed. (Fabrizio Romano)