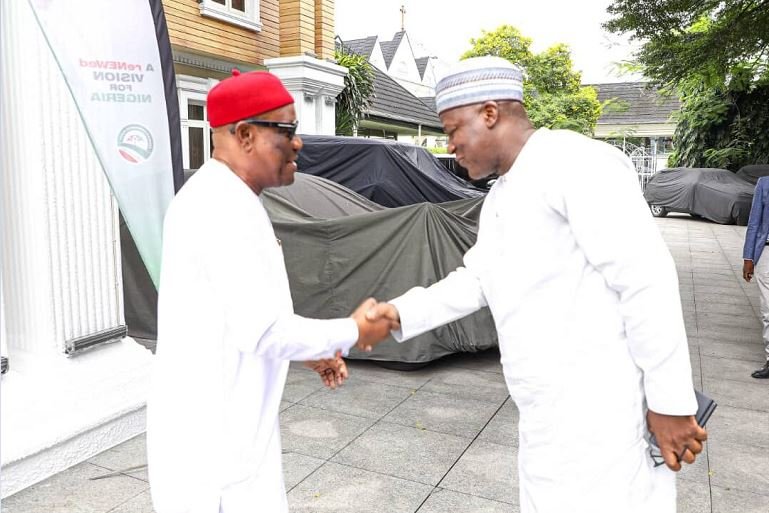 Former Speaker of the House of Representatives, Rt Honourable Yakubu Dogara says Governor Nyesom Wike appears to be suffering from amnesia following his half-truth about him.

Taking to his official Twitter page, he wrote, “To my brother, Governor Nyesom Wike, if there is anything you are suffering from, I never thought amnesia would be one of them.

“Why would you think no one, except you, is entitled to a certain set of principles he/she cannot compromise? It’s such a pity if you cannot remember.

“It is okay to throw it to the public kindly give me a written consent to divulge it so that the public can judge who is saying the truth. Thank God there was a witness,” he tweeted.

Wike is yet to react to Dogara’s offer to thrown their discussion public as at press time.

Dogara is a former member of the All Progressives Congress repeatedly kicked against his party’s decision to field a Muslim-Muslim ticket.

The former speaker who is a northern Christian decided to endorse Abubakar who picked a Christian in Governor Ifeanyi Okowa as running mate.