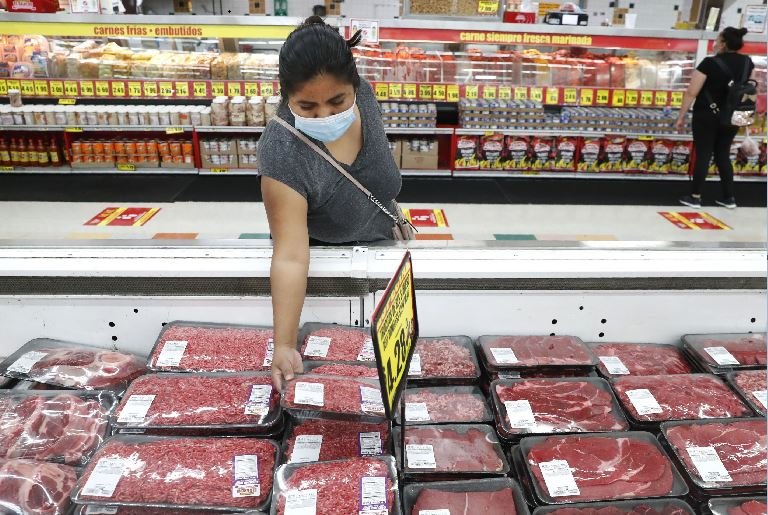 British inflation fell more than expected in November after it hit a 41-year high in October, raising hopes that the price surge has peaked and offering some comfort to the Bank of England as it prepares to raise interest rates again.

The annual rate of consumer price inflation dropped to 10.7% in November from 11.1% in October, the Office for National Statistics (ONS) said, a bigger fall than the decline to 10.9% which economists had forecast in a Reuters poll.

The United States and the euro zone have also reported larger-than-expected drops in inflation for November.

“Prices are still rising, but by less than this time last year with the most notable example of this being motor fuels,” ONS chief economist Grant Fitzner said.

Like other central banks, the BoE is battling inflation that is far above its 2% target and it has raised rates sharply over the past 12 months, including a three-quarter-point rate rise in November, its biggest in over 30 years.

Economists mostly expect the BoE will raise rates again on Thursday to 3.5% from 3%, despite the BoE’s own forecasts that the economy is heading into a long recession.

Inflation in Britain is higher than in the United States or the euro zone as a whole, though below that in Germany.

The Bank of England has been left in a difficult spot, and its policymakers are increasingly divided on the right response.

“Unfortunately for the UK, the economy is being hit by US-style wage pressures and a European-style energy crisis, all at the same time,” said Hugh Gimber, global market strategist at J.P. Morgan Asset Management.

Paul Dales, chief UK economist at Capital Economics, said the latest data reduced the likelihood of rates peaking as high as his previous forecast of 4.5%.

Thursday’s decision is likely to see another split vote by BoE officials who disagree on the extent to which a recession will cool price pressures and how much of the impact of past rate rises is yet to be felt.

British inflation began to pick up last year, driven by post-pandemic bottlenecks in the domestic and global economy, and accelerated when European energy prices surged after Russia’s invasion of Ukraine in February.

Last month, the government’s budget watchdog warned of the biggest squeeze on living standards since records began in the 1950s, and the BoE does not expect inflation to return to target until early 2024.

Price rises have been concentrated in areas such as food and energy, hitting those on low incomes the hardest. Food and drink cost 16.4% more in November than a year earlier – the biggest rise since 1977 – driven by more expensive bread.

Finance minister Jeremy Hunt said it was “vital that we take the tough decisions needed to tackle inflation”.

Britain faces a wave of industrial action, especially in the public sector where pay has not kept up with the private sector or with rising prices.

The BoE has said labour shortages as well as trade and migration frictions due to Brexit have helped to push up prices.

The breakdown of inflation components in Wednesday’s report offered mixed signals on how fast inflation is likely to fall.

Core CPI – excluding energy, food, alcohol and tobacco prices, and which some economists watch for longer-term price trends – dropped to 6.3% in November from 6.5% in October.

But services sector inflation – which some BoE officials think reflects wage pressures being passed on by companies – held at October’s 30-year high of 6.3%.

Is this the end of Christmas in Nigeria’s Aso Villa?