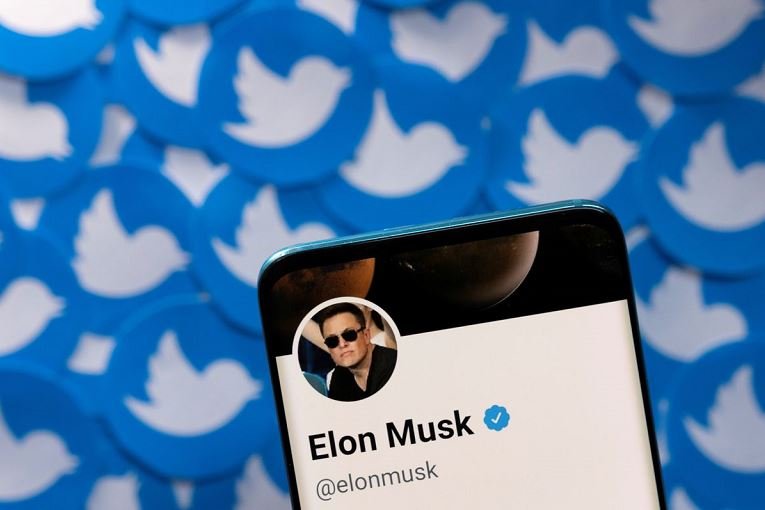 The EU has threatened Twitter owner Elon Musk with sanctions after several journalists covering the company had their accounts abruptly suspended.

Reporters for the New York Times, CNN and the Washington Post were among those locked out of their accounts.

“Elon Musk should be aware of that. There are red lines. And sanctions, soon,” she tweeted.

She said: “News about arbitrary suspension of journalists on Twitter is worrying.

“[The] EU’s Digital Services Act requires respect of media freedom and fundamental rights. This is reinforced under our Media Freedom Act.”

The sanctions could be applied under a new Digital Services Act, which is currently going through the EU Parliament but could be in force by next year.

Under the terms of the proposed new law, the EU Commission will be allowed to impose fines of up to 6% of the global turnover of a service provider that it finds breaks its rules.

In extreme cases the EU could ask a court to suspend a rogue service, but only if it is “refusing to comply with important obligations and thereby endangering people’s life and safety”.

A Twitter spokeswoman earlier told tech website The Verge that the ban was related to the live sharing of location data.

It comes after Mr Musk vowed to sue the owner of a profile that tracks his private jet.

A spokesman for the New York Times called the suspensions “questionable and unfortunate”, and said neither the paper nor reporter Ryan Mac received any explanation for the action.

CNN said the “impulsive and unjustified suspension of a number of reporters… is concerning but not surprising”. It has asked Twitter for an explanation and will “re-evaluate our relationship based on that response”.

CNN’s Donie O’Sullivan, whose account was among those suspended, said the move was significant for “the potential chilling impact” it could have for journalists, particularly those who cover Mr Musk’s other companies.

When he completed his takeover of the social media site in October, Mr Musk addressed potential advertisers in a tweet in which he spoke of buying Twitter because he wanted to “try to help humanity”, and said he wanted “civilisation to have a digital town square”.

Mr Musk has not commented directly on the suspensions, but said in a tweet that “criticising me all day long is totally fine, but doxxing my real-time location and endangering my family is not”.

He added that accounts engaged in doxxing, which refers to the release of private information about individuals online, receive a temporary seven-day suspension.

“Same doxxing rules apply to ‘journalists’ as to everyone else,” he tweeted. “They posted my exact real-time location, basically assassination coordinates, in (obvious) direct violation of Twitter terms of service.”

He added: “If anyone posted real-time locations & addresses of NYT reporters, FBI would be investigating, there’d be hearings on Capitol Hill & Biden would give speeches about end of democracy!”

The technology tycoon has since set up a poll asking whether he should unsuspend the accounts “now” or “in seven days”, suggesting the decision could be reversed sooner rather than later.

Matt Binder, a journalist for Mashable and one of those suspended, said he didn’t know why he had been banned.

“I’ve been very critical of Musk in my reporting,” he told the BBC.

But he said that Mr Musk’s claim “that everyone that got suspended was doxxing him – due to the jet tracker”, was not true.

He said he had never tweeted a hyperlink to the tracker, but had mentioned the account after it had been suspended.

“Clearly the people who were suspended were handpicked, because there are literally hundreds of accounts per minute who tweeted the link.”

Mr Binder, who has been on Twitter since 2008 and has been reporting on the developments at the social media site, said he was surprised at the ban on journalists.

“I knew it was a possibility but really thought he wouldn’t because it would entirely wreck the facade of being a free speech platform.”

Twitter’s head of trust and safety, Ella Irwin, told The Verge that bans are related to a new rule introduced on Wednesday that prohibits “live location information, including information shared on Twitter directly or links to 3rd-party URL(s) of travel routes.”

“Without commenting on any specific accounts, I can confirm that we will suspend any accounts that violate our privacy policies and put other users at risk,” Mrs Irwin told the outlet.

“We don’t make exceptions to this policy for journalists or any other accounts.”