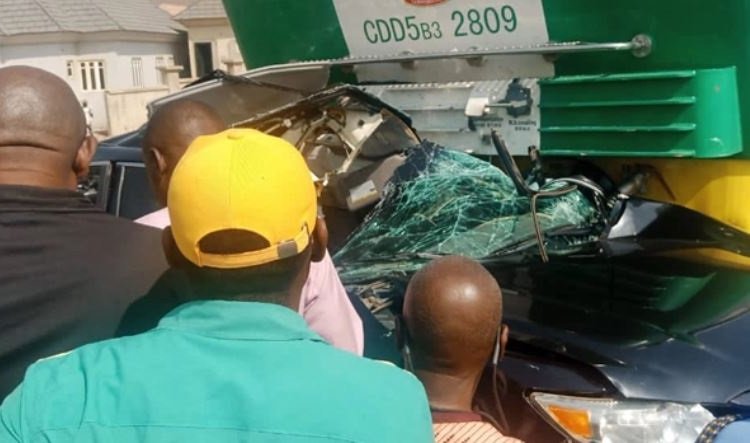 A passenger train from Kaduna to Abuja has crushed a middle-aged woman to death on the rail track around the Kubwa area of the Federal Capital Territory.

The incident occurred at about 10 am on Thursday after the victim’s car was rammed into by the incoming train.

An eyewitness said that the incident occurred about five minutes to the Kubwa Train Station, while the woman who was driving in her private vehicle attempted to cross the rail line as the train was approaching on high speed.

The remains of the victim have been evacuated by security personnel while the damaged car was immediately removed from the rail track in order not cause further accident.

Musk cashes out another $3.6 bln in Tesla stock