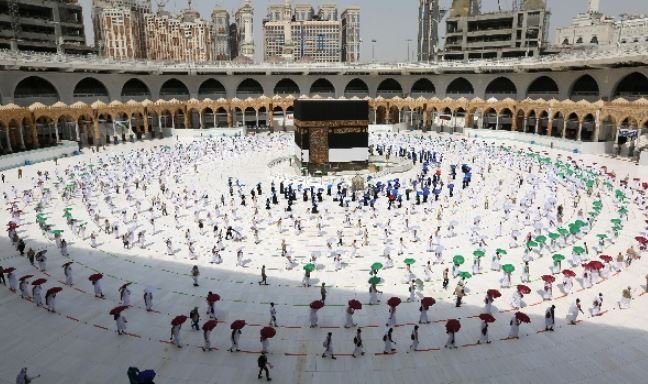 The Kingdom of Saudi Arabia, has restored 95,000 Hajj slots to the National Hajj Commission of Nigeria (NAHCON),ahead of the 2023 Holy pilgrimage.

Assistant Director, Information and Publications, NAHCON, Mousa Ubandawaki, said this in a statement on Wednesday in Abuja.

“The Saudi Ministry of Hajj and Umrah has granted Nigeria its usual allocation of 95,000 slots in 2023 holy pilgrimage.

“The hopes of many prospective Nigeria pilgrims to perform the 2023 Hajj may have been answered as the Saudi Ministry of Hajj and Umrah has approved the pre-COVID-19 allocation NAHCON.

“The good news was announced by Bahauddeen Alwani, the Director-General in charge of Hajj Missions at the Saudi Ministry of Hajj and Umrah, during a preparatory meeting for hajj via a video conference with the Chairman of NAHCON, Malam Zukrullah Hassan.

“Other guidelines released for the 2023 Hajj by the Ministry included the removal of age barrier or limit and cancellation of PCR Test for the Hajj,” Ubandawaki said.

Similarly, he said that the Saudi Hajj Ministry had also granted the commission the right of choice of package for pilgrims’ services from the Mutawwiffs of African Non-Arab countries.

“In addition, the Ministry also stated that henceforth, any payment to service providers must be through the e-track or e-wallet platforms as the Kingdom will not take responsibilities for payment outside the two platforms,” he said.

In his response, the NAHCON’s Chairman, Hassan expressed gratitude and appreciation to the Kingdom of Saudi Arabia for the early preparation and restoring of the country’s Hajj allocation.

He said that it was heartwarming that the Kingdom through the Ministry of Hajj has restored the hope and confidence of many prospective Nigerian pilgrims that desired to perform the Hajj this year.

He also thanked the Ministry for its consistent supports and cooperation in serving the guest of Allah.

The chairman, however, appealed to the Ministry to allow the commission to handle the feeding management during the Mashair activities.

This, according to him, will enable the commission to serve Nigeria’s pilgrims better than what obtained at the 2022 Hajj.