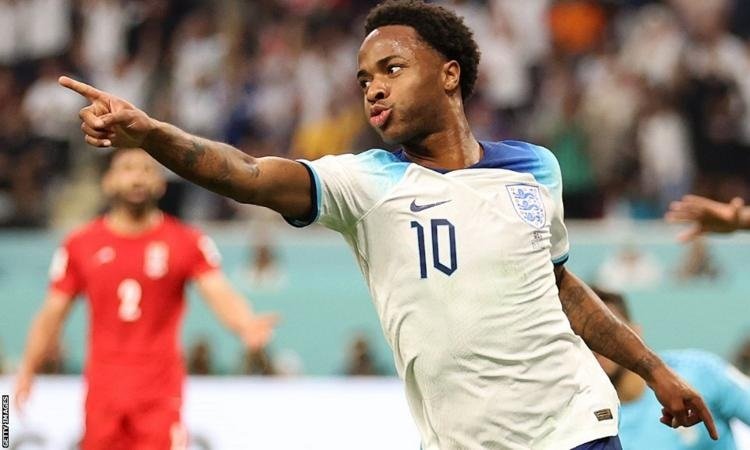 England winger Raheem Sterling is to return to Qatar before Saturday’s World Cup quarter-final against France.

The Chelsea player, 28, flew back to England on Sunday following a break-in at his family home in Surrey.

Raheem Sterling’s spokesperson said he left the England camp to “prioritise the wellbeing” of his three young children.

He missed England’s 3-0 win over Senegal in the last 16, but is expected to rejoin the squad in Al Wakrah on Friday.

Sterling, who has 81 international caps, scored for England in a 6-2 win against Iran in their opening game at the World Cup.

He also started the goalless draw against the United States before being an unused substitute in the 3-0 win against Wales that saw England qualify for the knockout stages as group winners.

His representative had said Raheem Sterling’s family was at home on Saturday when there were “armed intruders”. The former Liverpool and Manchester City forward was said to be “shaken” and concerned for the wellbeing of his children.

Sterling’s team-mate Kalvin Phillips says the incident has made other England players concerned too.

“I think once one player goes through it, there is always a thought in the back of your mind that it might happen to you or to somebody else,” said Manchester City midfielder Phillips.

“It isn’t a nice feeling – when you are so far away from home and you’ve got family at home. There isn’t much we can do about it but Raheem feels good enough now to join back up with us and we’re very happy about that. We’re glad his family is well.”

He added he was not aware of any conversations with the FA about enhancing security.

In a statement, Surrey police said it was investigating a report of a burglary after the occupants of the house returned to find jewellery and watches had been taken, but that no threats of violence were involved.

On Wednesday, the police said they are not linking the case to another attempted burglary in the same village.

No arrests have been made yet in relation to the break-in at Raheem Sterling’s home.

The Football Association is yet to reveal exactly what it was told about the incident before Sterling’s departure.