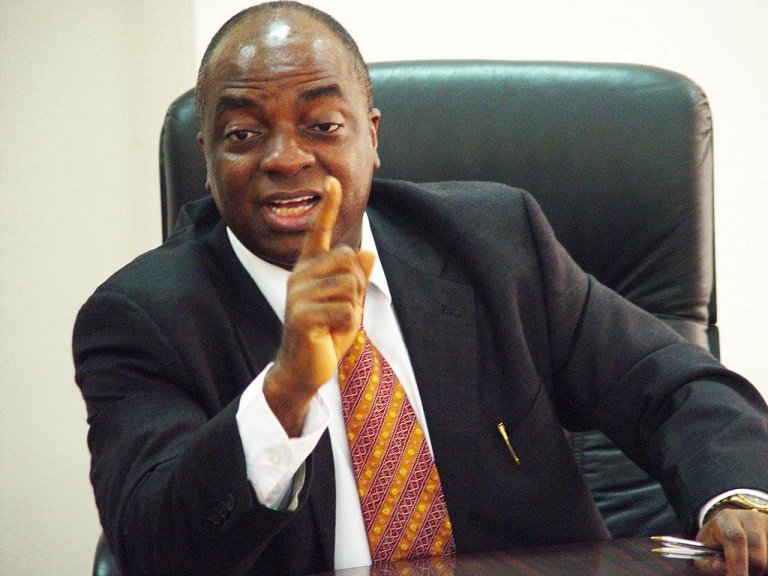 Bishop Idowu-Fearon was reacting to a statement credited to the General Overseer of Living Faith Church, Bishop David Oyedepo, ‘the number of people who vote for APC in 2023 will determine the number of mad people in Nigeria’.

Fearon argued it was wrong for any religious leader to tell his congregation to vote for any particular party.

The theme was: “Building consensus and mobilising collective action for peaceful 2023 general elections in Kaduna State”.

The Anglican Bishop was dismayed religious leaders wants to be seen as rulers, a situation he said is not helping the country and its democratic processes.

He said Nigerians must be allowed to vote their choices regardless of religion and tribe, stating “let candidates manifestoes and competence speak for them and not their religion or tribe.

“Religious leaders are part of the political problems we have in this country, some of them want to be rulers which is a wrong concept bringing about unnecessary sentiments.”

Idowu-Fearon who expressed fear with the way political activities are going with candidates being viewed on regional basis, averred that the elections might be inconclusive in the first ballot.

On the agitation by the South East for the presidency, he said: “Nigeria is practicing democracy which requires negotiation and not threat of any kind, adding that politics should not be seen as a do or die affairs.

“Insecurity and burning down of the Independent National Electoral Commission (INEC) office in the South East will only end up drawing the region backward politically if not addressed holistically”.

He said leaders of the region are certainly not doing enough to address the situation.

“As we approach the elections, the media must be objective, religious leaders must educate their members to vote based on competence and pray for the candidates because voting is a religious responsibility.

“Party candidates must be honest and should abide by the constitution and their campaigns must be issue based devoid of hate speeches and calumny, above all we pray for a violent free conduct of 2023 general elections,” he said.