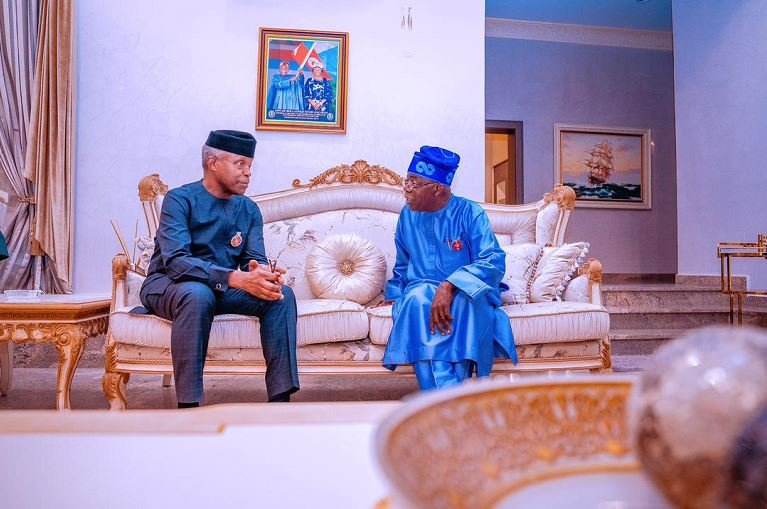 A source close to the meeting told Chronicle NG that they discussed a number of issues including politics and national issues.

In a post by Laolu Akande, the spokesperson to the Vice President, he said, “Vice President Yemi Osinbajo stopped by for a friendly visit at the Abuja residence of Asiwaju Bola Tinubu just now.”

The Vice President was the Attorney General of Lagos and Commissioner of Justice when Tinubu served as a two-term governor of Lagos State.

Both men contested the APC presidential election and Tinubu emerged the party’s candidate.

On 9 June, two days after the primaries, Osinbajo said, “I congratulate Asiwaju Bola Ahmed Tinubu on his victory at our party primaries and his emergence as the presidential candidate and flagbearer of our great party, the APC for the forthcoming 2023 presidential elections.

“For many decades, our flagbearer has shown passion, patriotism, courage and determination in the cause of nation-building. His sterling contributions to our democracy and its progress stand him out. His wealth of experience will certainly be critical in our party’s continued efforts to attain a more secure and prosperous Nigeria.