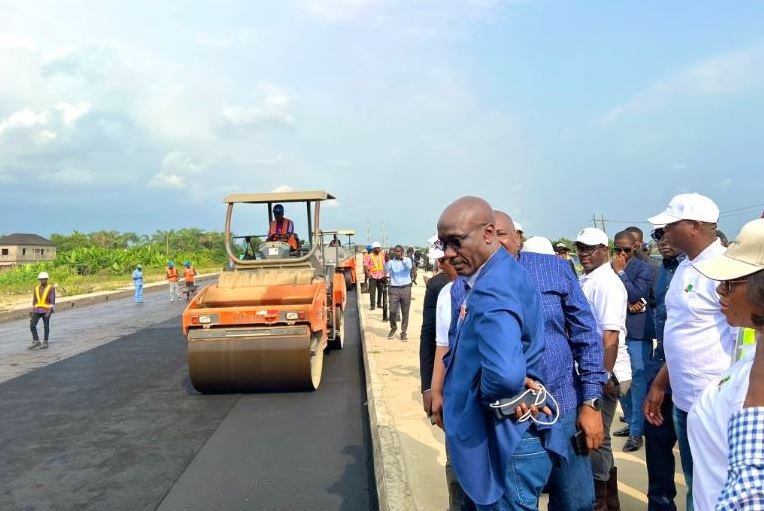 The N15 billion represents a 100 per cent payment of the funding for the Lagos-Badagry road rehabilitation under the tax credit funding of the NNPC Ltd.

NNPC Group Chief Executive, Mr. Mele Kyari, made this known on Thursday when he led NNPC’s management team with some top government officials to inspect the ongoing rehabilitation and expansion of Lagos-Badagry Expressway (Agbara Junction-Nigeria/Benin Border).

The execution of the scheme is being carried out in collaboration with the Federal Ministry of Works and Housing as the supervisor and Federal Inland Revenue Service (FIRS) for NNPC’s tax obligations deductions.

The rehabilitation is in response to the plight faced by petroleum products marketers in transportation which affects nationwide distribution.

Kyari said the fund disbursed was part of the N621.24 billion earmarked for the reconstruction of 21 roads nationwide under the scheme.

“Before, plying this road was a problem. Few years ago, going from Badagry to Agbara could take you 3-4 hours, and to Mile 2, you can spend 7 hours. Today, under just an hour, you can get to those locations.” -Oba Isreal Adewale, Oba Iberepo of Badagry @ Lagos-Badagry Rd. pic.twitter.com/O7eMgPxvZu

He expressed satisfaction over the stage of the road development.

“We are covering 1,804.6mkm across the country and taking another set of over a trillion naira investment on infrastructure in Nigeria, believing that with the tax credit system which Mr. President has put in place, very soon there will be massive change.

“NNPC as the enabler will consider from its cash flow and fund whatever FIRS and Ministry of works approve for the company.

The Minister of Works and Housing, Mr. Babatunde Fashola, represented by the Director, Highways, Roads and Rehabilitation of the Ministry, Mr Folorunsho Esan, said the intervention by the NNPC would speed up the reconstruction of the expressway.

Sample of what Lagos-Badagry Expressway will look like after reconstruction

Esan said that the project was 40 per cent completed.

“In the next 12 months we should be able to deliver this project because the drainages are in place, just for earth works and pavement works, it cannot take us more than 12 months,” he said.

Speaking on the gridlock being caused by the Lagos-Ibadan Expressway project, he said the contractor would clear all impediments and move out of site by December 15 to make the highway free for Yuletide.

Oba Israel Okoya, Oba of Ibereko in Badagry Royal Majesty, who lauded the Federal Government and NNPC for the intervention said before the reconstruction, the road was in terrible situation making traffic unbearable for motorists.

NAN reports that as part of the inspection of the critical road infrastructure in key economic areas, the NNPC’s team had earlier inspected dualisation of Suleja- Minna Road Phase II and ongoing reconstruction of Bida-Lapai-Lambata road in Niger State.

It could be recalled that on Jan. 25, 2019, President Muhammadu Buhari, signed the Executive Order No 007 on Road Infrastructure Development and Refurbishment Investment Tax Credit Scheme, which is for period of 10 years from its commencement date.