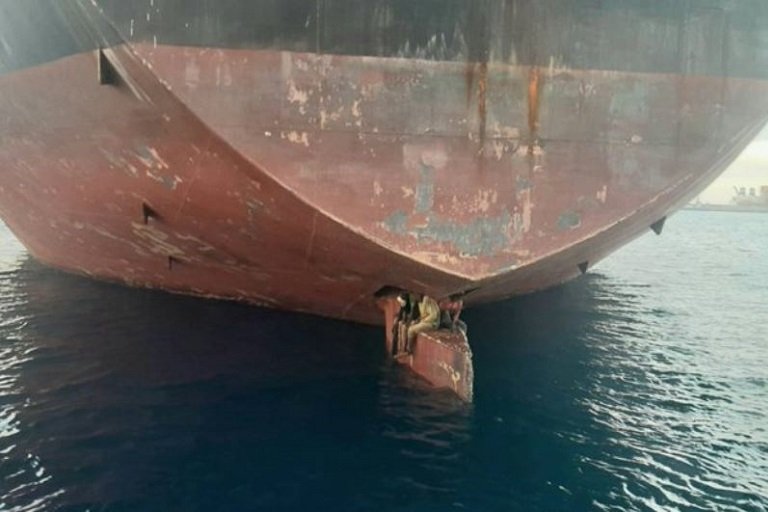 Three migrants who arrived in the Canary Islands from Nigeria after enduring 11 days on a tanker rudder have asked for asylum in Spain, local authorities said on Wednesday.

The three Nigerian men were hospitalized upon reaching the port of Las Palmas on Gran Canaria on Monday night, where they were spotted by coastguards.

Two of the three had been returned to the vessel for deportation on Tuesday but on Wednesday a local spokesperson for the Spanish government said all three had asked for asylum.

The third person, who suffered hypothermia and dehydration during the voyage, has not yet been released from hospital on Gran Canaria, a local government spokesperson said. Under Spanish law, any stowaway who does not seek asylum must be returned by the operator of the ship to the port where the journey originated, a police spokesman told Reuters.

In a photograph on Twitter by the Spanish coast guard on Monday, the three Nigerian stowaways are shown hunkered on the rudder under the hull, just above the waterline of the Alithini II.

The 183-metre ship, sailing under a Maltese flag, arrived in Las Palmas in Gran Canaria after setting out from Lagos in Nigeria on Nov. 17 and navigating up the West African coast, according to Marine Traffic.

The ship’s captain confirmed to the Red Cross that it had sailed from Nigeria 11 days earlier.

A Canary Islands police spokesperson said it was up to the ship’s operator to take care of the stowaways, provide them with temporary accommodation and return them to their origin as soon as possible.