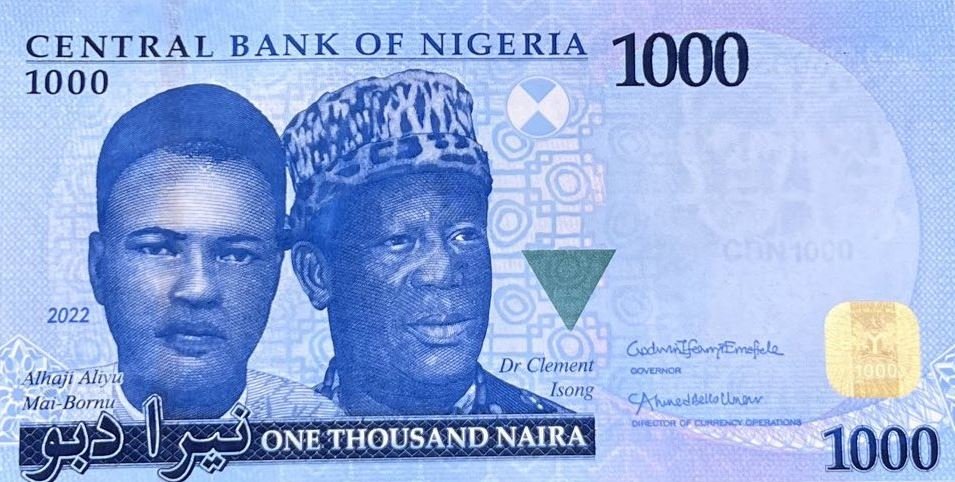 Barely one week after the Central Bank of Nigeria, CBN, released the redesigned N1,000, N500, and, N200 naira notes into circulation, fake copies of the N1000 naira notes have been sighted.

The discovery could counter the apex bank’s claim that the new notes were designed to stop counterfeiting.

In an amateur video recorded by a mobile money agent, a customer performed a bank transaction through his wife’s Point of Sale (PoS) using the fake copy of the redesigned N1,000.

The man in the video then pointed out the difference between the original and fake N1,000 notes.

He explained that the original note has a gold seal at the bottom of the right hand side of the note and the seal cannot be erased if scratched.

While the old one doesn’t have a gold seal at the bottom of the right hand side of the note close to the signatures.

The CBN had urged Nigerians to trade their old notes for new ones but many citizens are skeptical of the new notes.

A lady in Nigeria’s commercial city of Lagos had a hard time convincing a bus conductor to accept the new naira note as he rejected it outright.

Chronicle NG reports that citizens have up until January 31 to trade their old notes for new ones even as commercial banks are struggling to meet demands.

Should I step down as head of Twitter? Elon Musk ask users