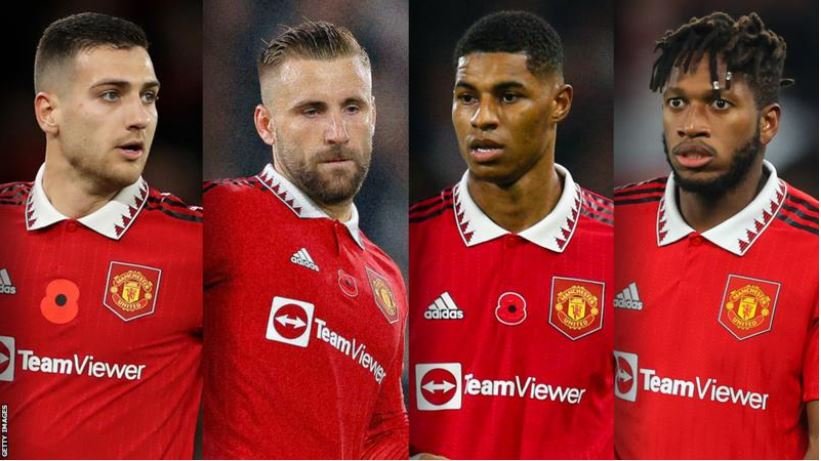 Negotiations continue with goalkeeper David de Gea, whose deal is due to expire at the end of the season.

All four players would have been free to leave Old Trafford in June.

However, De Gea’s case is different.

If United triggered an extension, it would be on the £375,000-a-week salary the club committed to when they last extended De Gea’s contract in 2019, when he became the highest-paid goalkeeper in the world.

The option for a shorter contract on reduced terms for the 32-year-old Spaniard has been raised.

Without an agreement by 1 January, De Gea, who earlier this season became the 11th player to make 500 appearances for United, will be able to agree pre-contract terms with an overseas club.