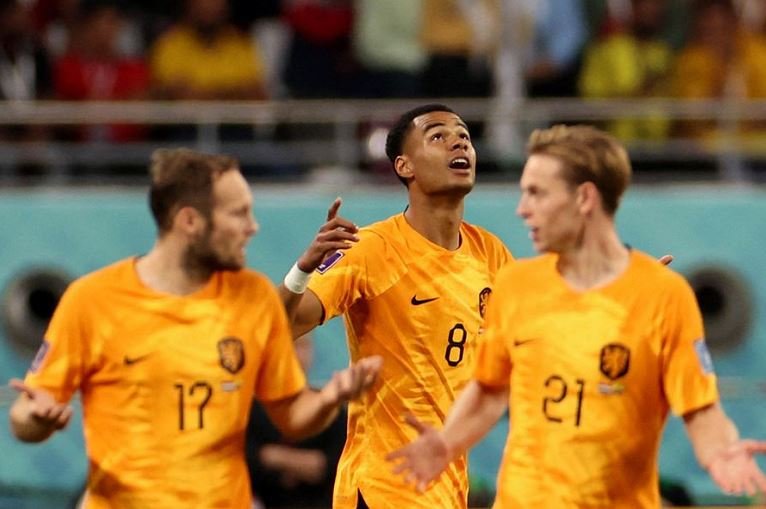 Manchester United are in contact with the agents of 23-year-old PSV Eindhoven and the Netherlands forward Cody Gakpo over a January move. (Fabrizio Romano)

Manchester United will exercise a clause in 25-year-old England forward Marcus Rashford’s contract to extend it by another 12 months and stop him talking to other clubs. (Mirror)

Portugal forward Cristiano Ronaldo, 37, has received an offer from Saudi Arabian side Al-Nassr FC worth £150m a season following his exit from Manchester United. (Telegraph – subscription)

Ronaldo still wants to play Champions League football and has not yet accepted the Al-Nassr FC offer. (Sun)

Brighton and Scotland midfielder Billy Gilmour, 21, could move to Villarreal on loan in January. (Times – subscription)

Barcelona and Spain midfielder Sergio Busquets, 34, is interested in joining MLS side Inter Miami when his contract expires in June. (Mirror)

Juventus are interested in RB Leipzig’s 20-year-old Croatia defender Josko Gvardiol but Chelsea are favourites to sign him. (Gazzetta dello Sport – in Italian)

Los Angeles FC forward Gareth Bale, 33, will make a decision on his club future by February after saying he wants to continue playing for Wales. (Mirror)

Bale’s contract at LAFC contains a clause that means he can leave before the start of the new MLS season in February. (Sun)

Liverpool have identified former Arsenal head of recruitment Sven Mislintat, who worked with Jurgen Klopp at Borussia Dortmund, as a candidate to replace Julian Ward as sporting director at Anfield. (Sky Sports Germany)

The agent of 25-year-old Ivory Coast midfielder Franck Kessie, who moved from AC Milan to Barcelona in July, has ruled out a potential return to Italy amid reports of Inter Milan making a bid. (Calciomercato – in Italian)

Mexico out on goal difference despite victory over Saudi Arabia