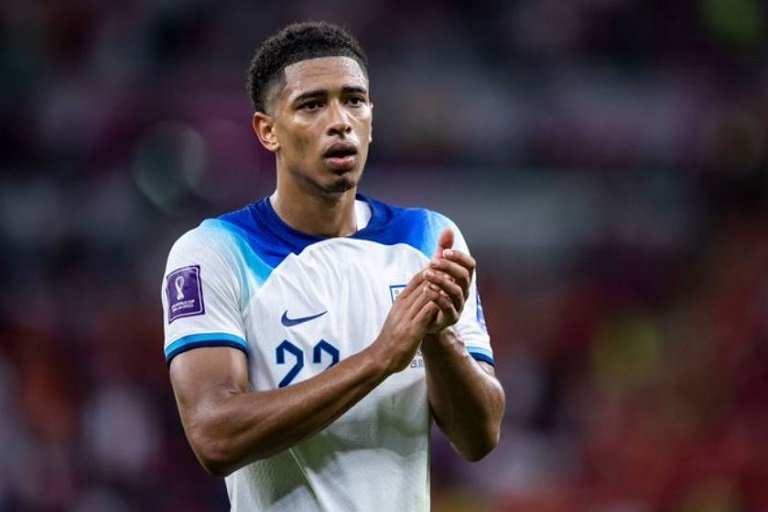 Manchester United are out of the race to sign England midfielder Jude Bellingham, 19, from Borussia Dortmund. Liverpool, Manchester City and Real Madrid are the frontrunners. (Sky Sports Germany)

Real Madrid will not pay more than 125m euros (£108m) to try to sign Bellingham from the German club. (Defensa Central – in Spanish)

Inter Milan would find it hard to turn down an offer of 50m euros (£43m) with add-ons worth 10m euros (£8.6m) for Dutch defender Denzel Dumfries, 26, who has been linked with Chelsea and Manchester United. (Calciomercato – in Italian)

Manchester United have opened talks in their attempts to sign 33-year-old Switzerland keeper Yann Sommer, whose contract with Borussia Monchengladbach runs out in the summer. (Bild, via Mirror)

Atletico Madrid’s Slovenia international Jan Oblak, 29, is Manchester United’s main target as they look to bring in a new keeper. (Fichajes – in Spanish)

West Ham will bring in Brazilian centre-back Luizao on a three-and-a-half year deal once the 20-year-old’s contract with Sao Paulo runs out at the end of January. (90 Min)

Spain defender Cesar Azpilicueta, 33, says he opted to stay with Chelsea rather than move to Barcelona in the summer after the Stamford Bridge club’s new owners “showed me that they wanted me to stay”. (90 Min)

Real Madrid are interested in Azpilicueta and could even make Chelsea an offer for the right-back during the January transfer window. (Fichajes – in Spanish)

Newcastle United are looking at making a move for 25-year-old Fulham defender Antonee Robinson, who has impressed playing for the United States at the 2022 World Cup. (Teamtalk)

England players have been advised to review their security measures after a burglary at Chelsea winger Raheem Sterling’s home while he was in Qatar at the World Cup. (Times – subscription required)

Leeds United are yet to enter new contract talks with Spain forward Rodrigo, with 18 months left on the 31-year-old’s current deal. (Leeds Live)

Napoli have joined a number of clubs interested in 25-year-old Ivory Coast midfielder Franck Kessie, whose preference is to remain with Barcelona.  (Relevo – in Spanish)

Morocco knock Spain out of the World Cup