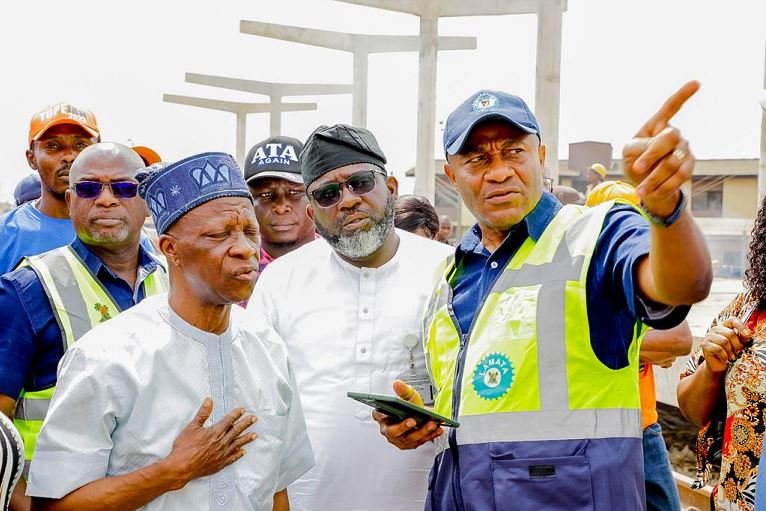 The chairman of the Lagos State House of Assembly Committee on Transportation, Hon. Temitope Adewale has disclosed that trains in the Red Line of the State’s rail mass transit will move 500,000 passengers daily.

Hon. Adewale made the disclosure on Thursday when he led the committee on an on-the-site visit to the train stations between Ifako-Ijaiye and Yaba.

Adewale, who confirmed that the project was at 85% of its completion, said it showed that the State government understands the need to boost the transportation sector to ease daily movement of residents.

“Remember that the Rt. Hon. Speaker, Dr. Mudashiru Obasa, during the presentation of the 2023 budget, commended Governor Babajide Sanwo-Olu for the purchase of trains and his zeal to complete the project.

“So today, by the powers conferred on us by the Constitution and under the headship of Mr. Speaker, we decided to conduct an oversight on the Ministry of Transportation and to be precise, the Lagos Metropolitan Area Transport Authority (LAMATA).

“We have visited the railway and five stations in Iju, Agege, Ikeja, the Yaba and now Oyingbo where the rolling stocks or trains are parked contrary to what we’ve been hearing that the trains are not here.

“From what we have seen so far, the project is approaching completion and having spoken with the contractors, we are sure the Governor will do the commissioning as projected believing that the possibility is true and positive,” Hon. Adewale said.

He said the train service became necessary because the Lagos master plan indicates the need to inculcate it and increase passengers using mass transit.

“The red line will help move 500,000 Lagosians on a daily basis and reduce heavy traffic where more cars and personal vehicles would be left at home.

“This administration has achieved a milestone and the our Speaker has been able to give support to the executive to ensure that funds are put into good use,” he added.

On his part, Hon. Bisi Yusuff, a lawmaker, described the project as the result of good leadership and continuity in government.

According to Hon. Yusuff, the project was actually started by Bola Tinubu, presidential candidate of the All Progressives Congress (APC) and built upon by subsequent administrations.

Noting that the trains would help the State’s economic growth and smart city dream, the lawmaker pleaded for proper maintenance mechanisms.

He urged Lagosians to vote massively for the APC so they would continue to enjoy dividends of democracy.

Engineer Olasunkanmi Okusaga of the Directorate of Transport, promised that the project would be delivered at the target time.

Court to rule on Ekweremadu’s plea against his seized property Jan. 25