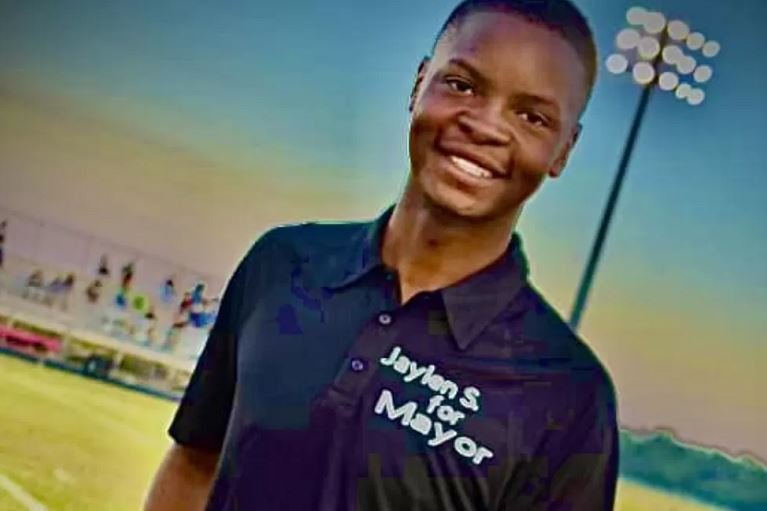 Jaylen Smith, an 18-year-old college student in the state of Arkansas has reportedly become the youngest black mayor to be elected in the US.

Smith just left high school in May. On Tuesday, he was voted in to lead the rural town of Earle, 30 miles (48km) west of Memphis, Tennessee.

He’s not the first 18-year-old mayor in US history, but that hasn’t stopped his family celebrating the major win.

A Democrat, he won in the town of 1,800 residents as most US political watchers were tuned in to a Senate contest over in Georgia.

“It’s Time to Build a Better Chapter of Earle, Arkansas,” Mr Smith wrote on Facebook to celebrate his victory over the city’s street and sanitation superintendent.

“I would like to thank all my supporters for stepping up getting people to the polls. I am truly grateful for you all.”

The vote result was 235 to 185, according to a tally from the Crittenden County Clerk’s office.

As mayor, he also plans to bring a major grocery store to the community – the only one in town closed years ago.

While in high school, he served as president of the school’s student government association, and had leadership roles in school clubs.

He received advice during his campaign from the mayor of the city of Little Rock, Arkansas, which has a population of over 200,000.

“I’m excited for Jaylen and the entire community in Earle as he becomes the youngest-ever African American mayor elected in the country,” he told CNN.

“I’m proud of his willingness to enter into public service at such a young age and his aspirational goals for the City.”

Mr Smith plans to continue his studies at Arkansas State University Mid-South as he juggles his mayoral duties, and hopes someday to become a prosecutor.

In 2005, 18-year-old Michael Sessions won a race to be mayor of the town of Hillsdale, Michigan – before he had even completed high school.

At the time, his school principal was quoted saying: “I told him that if he wins, he’ll still need to finish his homework. I’d hate to have to suspend a city official.”