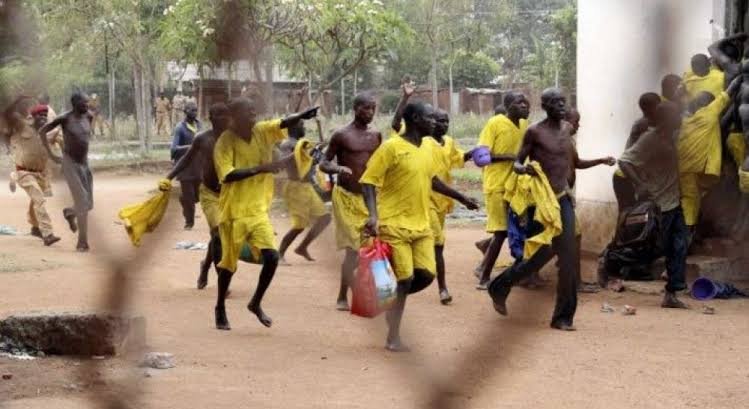 The Nigerian Correctional Service (NCoS) on Tuesday unveiled newly renovated football pitch in Custodial Centre in Enugu as a way of promoting sports activities among inmates.

Inaugurating the field, the Deputy Controller of Corrections, in-charge of Enugu Custodian Centre, Joseph Usifo, said his desire to renovate and upgrade the dilapidated football pitch in the centre was borne out of love to promote sports activities.

Usifo, who said that welfare of the inmates was paramount to him, noted that he had been working tirelessly to lift the face of the custodian centre and making it inhabitable for the inmates.

“When I assumed office in June this year, I was faced with a lot of challenges arising from low staff morale and welfare.

“After watching the inmates play tournament in the rocky pitch, I was not myself. The field was like a place where stones are being harvested and like abandoned quarry,” he said.

He disclosed that before the end of the tournament, many inmates were having injuries as a result of the bad pitch.

Usifo said, “It was then, i made up my mind to take the bull by the horn to ameliorate the condition of the pitch and called some selected individuals, NGOs, Churches, friends to partner with me”.

The deputy controller explained that the partnership was to reduce the hardship the inmates encountered while playing on the field.

“They supported me, even my own staff too donated cash, cement and sand and people who had been here before appreciated our little effort to add value to the playing ground.

“My objective is to add value so that when I leave, posterity tell if they like it here or not,” he said.

He also appreciated the Controller of Corrections, NCoS, Enugu Command, Nicholas Obiakor, for sailing the ship of the command in the right direction.

“As we inaugurate this football pitch today, I still ask for more especially in the area of providing football kits for our female and male inmate footballers,” Usifo appealed.

Appreciating Usifo, Obiako noted that the field used to be with stones causing injuries to the inmates.

“The lift you see today, though, we have not planted grasses because of weather condition but when you come here next year, everything will be in place”.

Obiako noted that sports was one of the things that made inmates in the custodian centre happy and thanked all those who had donated towards the transformation of the pitch.

In a goodwill message, the Chief Executive Officer, ANNIG and NOWAS Group, Mr Ifechukwudere Nnubia thanked Usifo for transforming the pitch and lessened the plight of the inmates.

Nnubia, who is the main benefactor to the project and inmate’s welfare, said that 40 per cent of the inmates were innocent.

“I am a living example of this, I came to the correctional centre years ago through false allegation but God saw me through,” he said.

He, however, called on others Nigerians to donate towards the welfare of the inmates in form of cash, prayers, food and providing legal services for those that did not have lawyers.

In a special remark, Rev. Afam Ikanih, the Chaplain, Milwaukee County House of Corrections, Franklin Wisconsin, USA, said he was overwhelmed by what Usifo and other staff of the centre had done.

Ikanih, who had been a major partner to the centre as well as the welfare of the inmates, pledged to continue to support the centre.

He advised the inmates to acquire skills that would make them more productive when they finally left the centre.