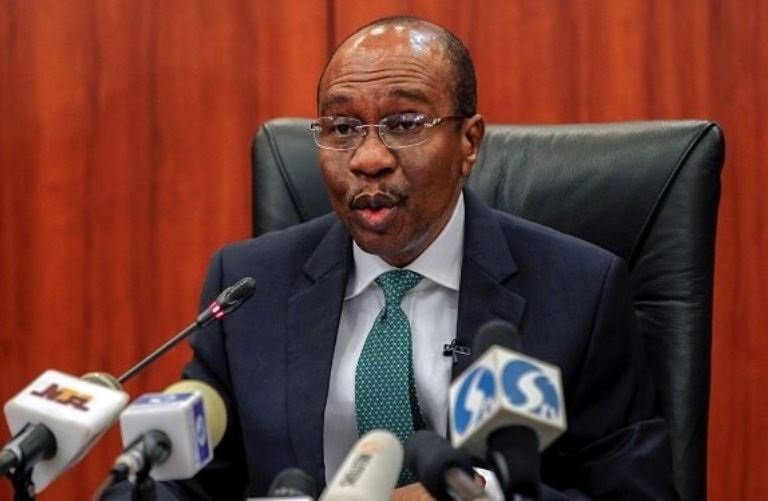 The Department of State Services (DSS) on Monday said it would not succumb to propaganda and pressure from pro-Emefiele protesters who stormed Abuja to kick against his planned arrest.

The DSS has approached the court to grant it an order to arrest Godwin Emefiele, the governor of the Central Bank of Nigeria on charges that he was sponsoring terrorism.

This sparked protests from a group of Nigerians under the aegis of the Coalition of National Interest Defenders, who alleged that the secret service was attempting to frame Emefiele.

Reacting to the protest, DSS public relations officer, Peter Afunaya, in a statement on Monday night said it was unperturbed as it seeks to investigate matters of national security.

Afunaya said in the statement that the Service will continue to remain focused and disseminate actionable intelligence to the relevant authorities devoid of any sentiment.

“The Department of State Services (DSS) wishes to clarify that one of its roles is the investigation of matters of national security dimension. It has always discharged this responsibility in the overall interest of Nigerian citizens. As such, the Service will continue to disseminate actionable intelligence to the relevant authorities devoid of any sentiment,” Afunnaya said without mentioning Emefiele by name.

“While professionally discharging its mandate, the DSS pledges to remain focused and unbiased. It will not, by any means, succumb to propaganda, intimidation and the desperation of hirelings to undermine it. It will also not give room to the use of falsehood and deceit to misdirect public understanding and perceptions of issues of national importance.

“Given not to joining issues, the Service warns those on a wild goose chase to be mindful of their actions.

“Similarly, it urges members of the public to disregard the vituperations and rantings of misguided elements and not allow themselves to be used as instruments of destabilisation.

Notably, these elements should remember the famous axiom that “you will only deceive some people, some of the time, but not all people, all the time”. To put it succinctly, the Service will not be distracted by persons and/or groups from carrying out its duties to the Nation, citizens, President and Commander-in-Chief. Ctizens are, therefore, urged to avoid being used to thwart or undermine the Service and its lawful investigations as those who wish to act in the breach will be dealt with in accordance with the law.”

Related Topics:CBNDSSGodwin Emefiele
Up Next