CJN Ariwoola: When to be partisan or not... by Deyemi Saka
Advertisement 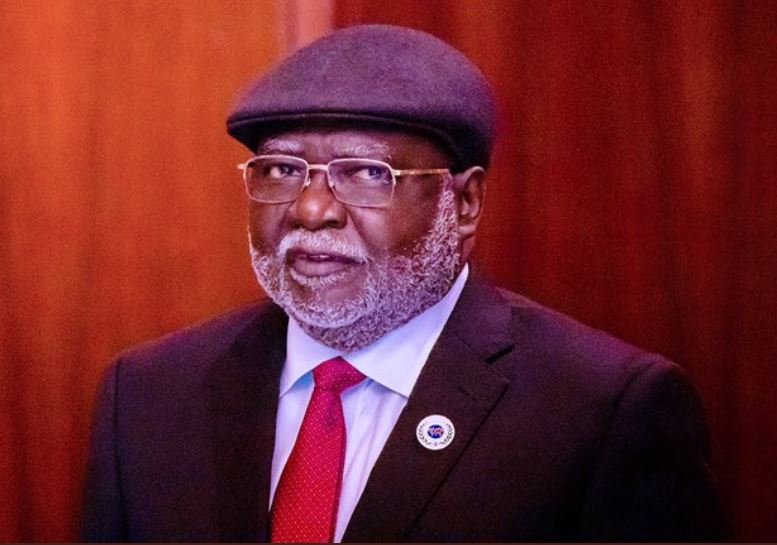 It is no longer news that Justice Olukayode Ariwoola, GCON, who is the current chief justice of the Federal Republic of Nigeria is fighting the biggest battle of his life and judicial career.

The embattled CJN and other senior judicial officers were in Rivers State on some weeks back to commission the two buildings to accommodate the Federal Judicial Service Commission’s South-South Liaison Office and the Justice Mary Peter-Odili Judicial Institute conceptualised by the state government.

The CJN’s statement was a joke in response to his host (Governor Wike) threats to withdraw Makinde’s wife, who is from Rivers while it is a known fact that the CJN is from Oyo State.

Justice Ariwoola said, “That is why we should not be scared to have these men of the integrity group. And I am happy that my own governor is among them because he would try to imitate his friend and in-law because we came here to marry for my governor”.

So, Governor Wike will always threaten that he will call back his sister if my governor fails to play ball. That is why you see him following his Excellency (Wike) because my governor is afraid of his wife being recalled”. He also expressed hope that Governor Makinde would emulate Wike to replicate the good works in his state.

Any human with an appreciable and average intelligence will know that the statement which the onslaught against the CJN is built was made on a lighter note.

Now let’s say this is partisan, I’m wondering why the same outcry and agitation never met the presidential bid of Godwin Emefiele who is the Governor of the Central Bank of Nigeria.

So brazenly arrogant was Emefiele with his bid that he approached the court in the ex parte motion filed on his behalf by his lead counsel, Chief Mike Ozekhome (SAN), which he applied for an order of status-quo ante bellum against the commission and the AGF to make him remain in office as the CBN governor until 30 days to the general election scheduled for February next year.

Arguing the ex parte motion, Ozekhome said his client, as the current CBN governor, is in a dilemma if he could run for the office of the president of the country and when must he leave office before he can.

The Bench should resist the urge to fall for the antics of politicians and protect the judiciary as this is not just an attack on Ariwoola’s integrity but an affront to the integrity of the judiciary.

I’m learning and just realising when to be partisan or not.

When it is permissible to be partisan or not.

Deyemi Saka is a Lead Partner at Lambert and Curtis