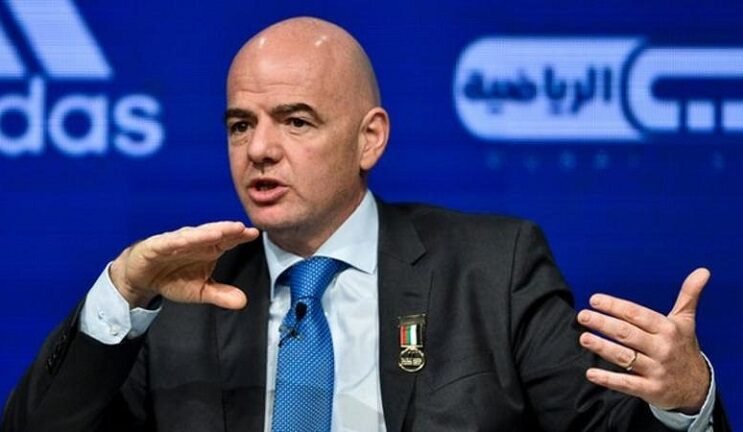 No African side had ever made it past the quarter-finals, while two African teams reached the knock-out stage for only the second time in history – and the first since the 2014 World Cup.

Four years ago, not one African team managed to get out of the group stage – so registering the worst World Cup for the continent since 1982.

In Qatar however, all five African representatives won a group game to ensure that a record six victories were secured by the continent at that stage of a tournament later lit up by Morocco’s stunning run.

Having held their own against 2018 runners-up Croatia in their opening game, the Atlas Lions proceeded to beat Canada and Belgium before seeing off both Spain and Portugal in the knock-out phase.

“I’m delighted because for many decades, we’ve been talking about the development of African football and when their time will come – their time has come,” said Infantino.

The 52-year-old paid particular tribute to Morocco, who will bid to become the first African team to win an effective World Cup ‘bronze medal’ when they face Croatia in the third-place play-off on Saturday.

“I think Morocco played exceptionally well – they were a great success and worked very, very well,” he said. “They played with great desire, determination and undeniable quality.

“Reaching a final can’t be done by chance. It’s the result of a long-term effort, investment by the Moroccan football federation, all the technical staff, and a young Moroccan coach who has also been in club football there.”

“They have shown us how you can play attractive and effective football.”

Unlike many African countries, Morocco’s football federation has invested millions of dollars into developing both infrastructure and players – with the results in Qatar having shown the fruits of that labour.

Meanwhile, African champions Senegal – who were eliminated on a ‘fair play’ ruling in 2018 – also joined Morocco in the Round of 16.

“Senegal qualified from the group stage, which wasn’t the case in 2018, and then came up against a very strong England team,” said the Fifa president, who took charge in 2016.

“Cameroon, Ghana and Tunisia also played very well and up to the last minute of the last matches, they had a chance of qualifying which shows you the standard of African football.”

Speaking at a press conference in the run-up to Sunday’s final between defending champions France and Argentina, Infantino believes the timing of Africa’s improvement is perfect given the World Cup expansion to 48 teams from 2026 onwards.

In four years’ time, the continent will have at least nine teams playing at the 2026 World Cup in the USA, Mexico and Canada, with the possibility of a tenth representative should Africa make it through an intercontinental play-off.

“In the next World Cup, there will be double the number of African teams qualifying, which means there’ll be other African teams too so we can look forward to some more excellent performances.”

Fifa had hoped to use the expanded 48-team format in Qatar but dropped the idea because the small gulf state could not accommodate a larger tournament and sharing the event with their neighbours proved impossible.

In a separate development on Friday, Infantino announce that the Seychelles’ hosting of the 2023 Beach Soccer World Cup has been delayed until 2025, with the United Arab Emirates now set to stage the event next year.

Buhari At 80: He has served honestly, selflessly – Osinbajo