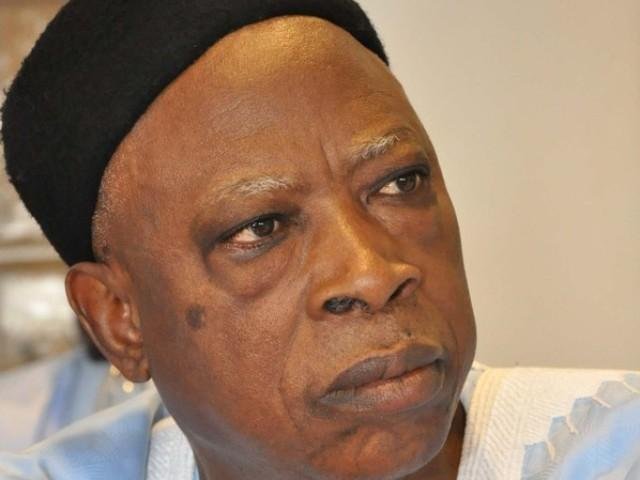 The national chairman of All Progressives Congress (APC), Sen. Abdullahi Adamu has debunked claims making the round that he was the one in a viral video of a man stripped naked at the Emir’s palace in Lafia, Nasarawa State.

Dismissing the video, Nata’ala Mohammed, his personal assistant on new media in a telephone interview on Saturday in Keffi, said those making such allegations were mischievous characters who are only seeking relevance.

“A viral video of a man that was stripped naked on Thursday, Dec. 8 at the Emir of Lafia’s palace, which was also insinuated and suspected to be the APC national chairman is false,” he told News Agency of Nigeria.

“It is the mere imagination of mischievous people who are unfamiliar with the physical looks of Sen. Abdullahi Adamu,” he said.

Adding that, ”This unfortunate misplacement of the true physical look of the person of Adamu, is not in anyway to be linked to him,” Mohammed said.

A pro-democracy group, A. A. Sule Progressives Forum, has vehemently condemned the dastardly act that occurred to their Grand Patron, Alhaji Abubakar Giza, who holds the traditional title of Ciroman Giza.

The State Coordinator of the forum, Mr Jonathan Samuel described the incidence as barbaric and unbecoming.

He stated that Giza was an elder statesman and an APC stalwart who has been a very strong pillar of support to the government of Nasarawa State.

According to Samuel, Giza is a peace loving man, urging, ”the evil act done to him by some unscrupulous elements should not be played down.

”The perpetrators of such dastardly act should be identified and brought to book to serve as a deterrent to others.”

He emphasized the need for all and sundry to be security conscious at all times, saying, ”these bad eggs are lurking everywhere.”

Samuel also urged the security agencies to intensify efforts in apprehending the culprits.