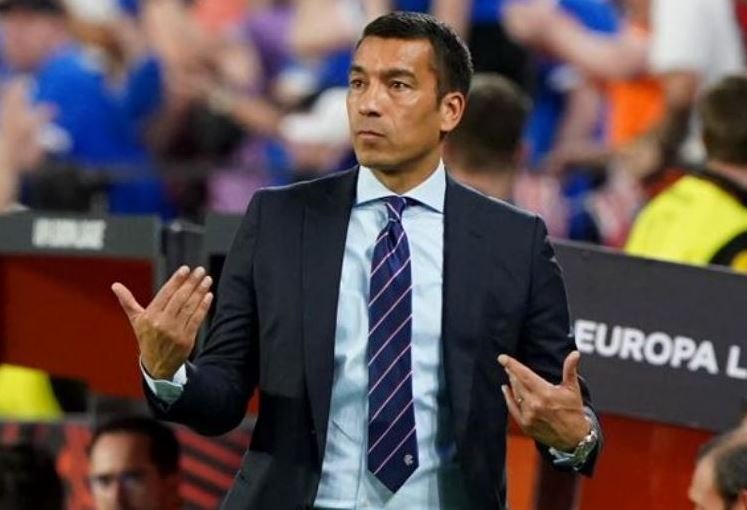 Rangers have sacked Giovanni van Bronckhorst after a year in charge, with the Ibrox club nine points adrift of Celtic in the Scottish Premiership title race.

The Dutchman took over in November 2021, guiding his team to the Europa League final and lifting last season’s Scottish Cup.

However, after recording the Champions League’s worst ever group stage campaign and falling further off the title pace, Van Bronckhorst’s 12-month tenure is over.

“I want to thank Gio (Van Bronckhorst) for the hard work he has put in over the last 12 months and, especially, the achievements of taking the club to the Europa League final and winning the Scottish Cup last season,” said Rangers chairman Douglas Park.

“Unfortunately, recent results have not met neither our nor Gio’s expectations, and we have taken this difficult decision today. Everyone at Rangers wishes Gio every success in the future.”

A 1-1 draw at St Mirren on 12 November meant Rangers dropped points in three of their last five league outings, following the previous weekend’s loss at St Johnstone and a home draw with Livingston.

Heavy defeats by reigning champions Celtic and Champions League opponents Ajax, Liverpool and Napoli had put Van Bronckhorst under increasing pressure, with several of the club’s summer signings struggling to make an impact.

Defender John Souttar and midfielder Tom Lawrence have missed most of the season injured, while winger Rabbi Matondo and left-back Ridvan Yilmaz have had limited game time.

The Ibrox side did overcome Union Saint-Gilloise and PSV Eindhoven in Champions League qualifying to boost the club’s finances early in the season, but they have lost nine of 27 games in all competitions this term, winning 14.

Rangers let a six-point league lead slip under the former Netherlands captain last term, before winning a first domestic cup since 2011 and losing out to Eintracht Frankfurt on penalties in the Europa League final.

After reporting an operating profit of £5.9m for last season, Rangers will hold their annual meeting early next month and resume their Premiership campaign at home to Hibernian on 15 December.

The Ibrox side face Aberdeen in the League Cup semi-finals and begin their Scottish Cup defence in January.